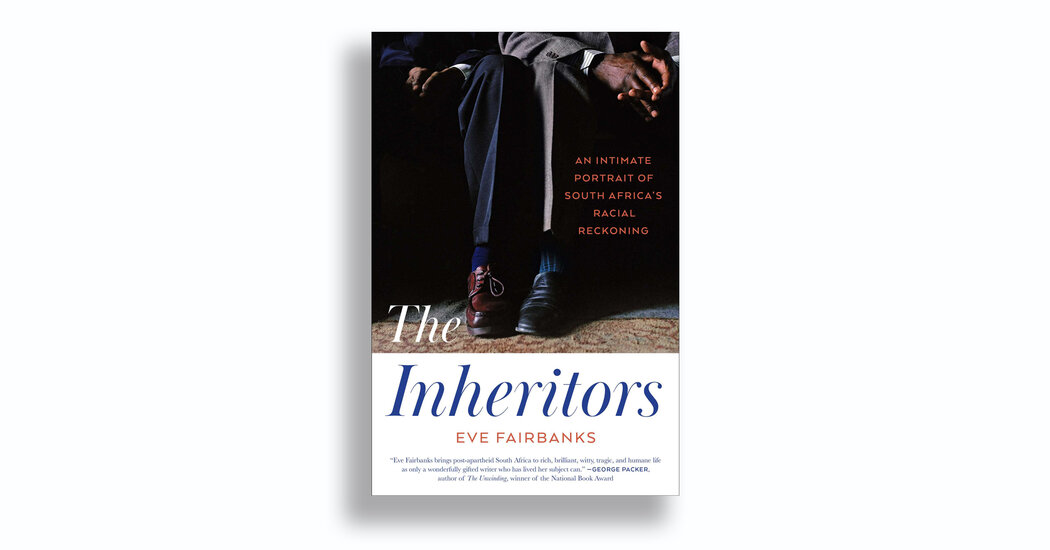 10 new books we recommend this week

August is the peak of getaway season. But bear us through some serious worthy stuff before we get to that. This week’s list includes a complex and empathetic report on life in post-apartheid South Africa, a memoir about growing up gay in an oil country, a Los Angeles Times reporter’s account of the powerful college support and a biography of George Michael that delves into the story of the singer’s troubled life.

The rest may not be traditional beach gear, but they all offer delights: digital life is depicted in both non-fiction and fiction – a deep dive into internet fandom and a wide-ranging novel about video game designers. Plus, short stories by Hilary Mantel, an epic new novel by Alice Elliott Dark, and a beautifully structured first poem by Paul Tran. And perhaps the perfect escape: the fourth novel in a detective series features character studies alongside its central murder plot.

Fairbanks writes about South Africa in the post-apartheid years primarily through the experiences of three people: Malaika, born a few years before the end of apartheid, who lived in Soweto, a black township on the outskirts from Johannesburg; his mother, Dipuo; and Christo, a white lawyer who worked as a soldier for the apartheid regime before it collapsed.

In this fictional love letter to the pleasures of collaboration, MIT and Harvard students enter the arena of building literary games, with hilarious and sometimes heartbreaking results.

The fourth mystery starring Jing-nan – who owns a stall at Shilin Night Market in Taipei – is an immersive and thrilling read, not because of the murders that drive the plot, but because of the way Lin puts emphasis on the inner struggles of its characters.

The singer emerges as a gifted but infuriating figure in this gripping biography, a man whose tortured relationship to his sexuality has led him into artistic confusion and self-sabotage.

In this captivating and comprehensive novel, two lifelong friends (now in their 80s) struggle to determine the future of the Maine peninsula that has belonged to their family for generations. The decision becomes a referendum on their various choices and their loyalty to each other.

This first collection of elegantly structured poetry is full of writings on writing, on poetry as a means of giving meaning. The result, an ambivalent dance with beauty, resists aestheticizing trauma, as Tran (like Randall Jarrell) questions the possibility of turning pain into art.

Mantel’s collection of short stories (originally published in Britain in 2003) is all about growing up – and in the Booker-winning author’s universe, there’s nothing sweet about childhood . All the young people we meet are trapped by forces greater than themselves; yet Mantel’s writing makes even the darkest narrative propulsive and urgent.

A reporter for the Los Angeles Times details a 16-month reporting saga that ultimately produced an LA noir-style tale of exploitation, depravity and greed.

Brorby’s memoir chronicles his coming of age in rural North Dakota, where being gay carried the threat of ostracism and violence. He also examines his family’s history in the coal industry and the damage done to the landscape he grew to love.