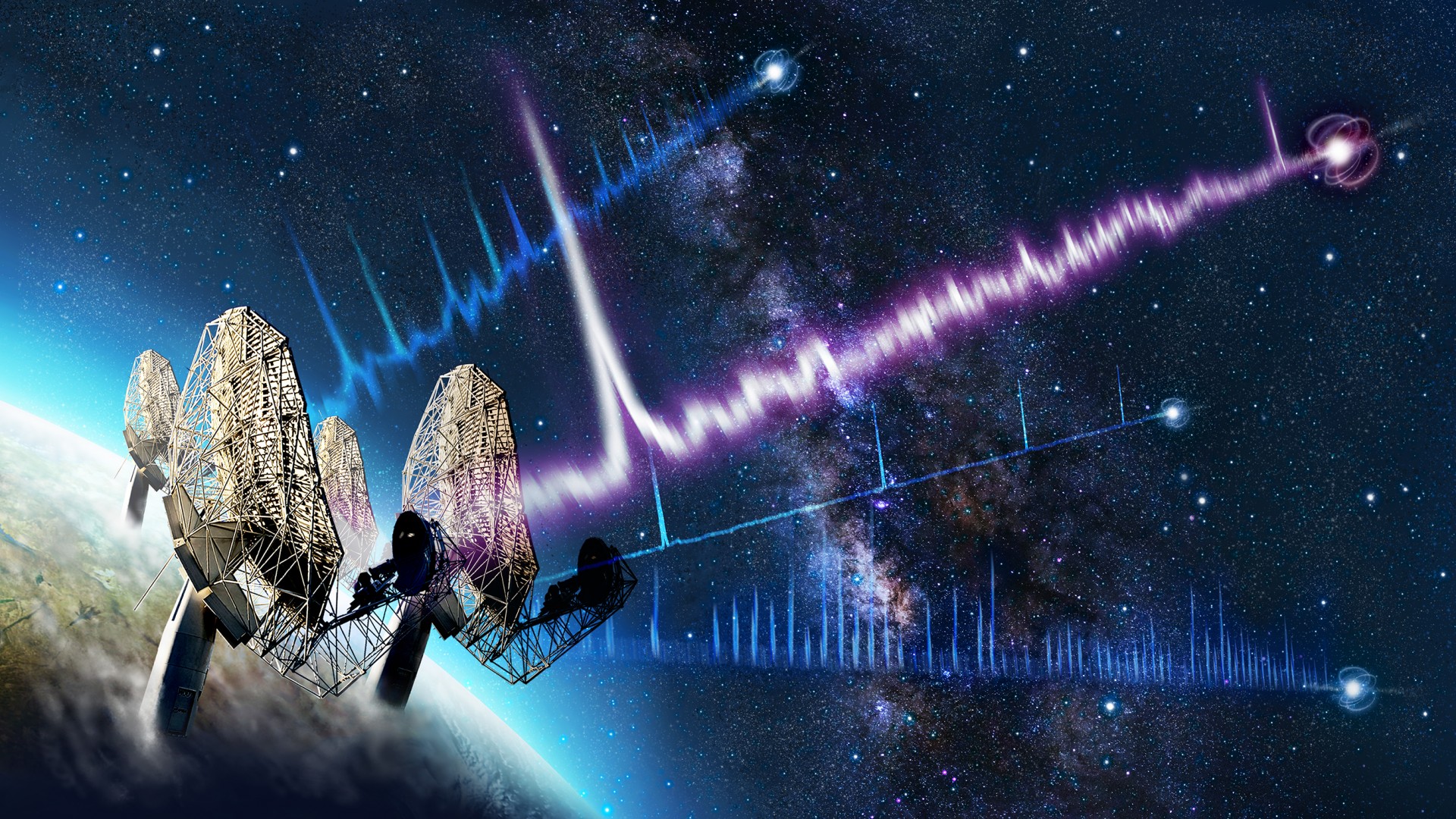 The newly discovered neutron star is named PSR J0901-4046 and exhibits characteristics of pulsars, magnetars (ultra long period) and even fast radio bursts. While the radio energy produced suggests a pulsar origin, the pulses with chaotic subpulse components and pulse polarization are reminiscent of magnetars.

While the rotation period of PSR J0901−4046 might be more consistent with a white dwarf, another less extreme type of stellar remnant, scientists see no multi-wavelength support for it. It is currently unknown how long this source has been broadcasting in the radio. It was discovered in a well-studied part of the galaxy, but radio surveys don’t usually look for such long periods or pulses that last more than a few tens of milliseconds.

“The radio emission from this neutron star is unlike any we have seen before,” explained Professor Ben Stappers from the University of Manchester and principal investigator of the MeerTRAP project. “We can see it for about 300 milliseconds, which is much longer than most other radio-emitting neutron stars. There appear to be at least 7 different types of pulses, some of which exhibit a strongly periodic structure, which could be interpreted as seismic vibrations of the neutron star. These pulses could give us vital insight into the nature of the emission mechanism of these sources.

“The sensitivity provided by MeerKAT, combined with the sophisticated search that was possible with MeerTRAP and the ability to create simultaneous images of the sky made this discovery possible. Even then, it took an eagle eye to recognize it for something that was possibly a real source because it was so unusual! said Dr. Ian Heywood of the ThunderKAT team and the University of Oxford who collaborated on this study.

Detecting similar sources is an observational challenge, implying that there may be a larger undetected population waiting to be discovered. This new discovery adds to the possibility of the existence of a new class of radio transients, ultra-long-period neutron stars, suggesting a possible link to the evolution of highly magnetized neutron stars, ultra-long period magnetars. long period and rapid radio bursts.

The article, “Discovery of a neutron star emitting radio frequencies with an ultra-long spin period of 76s”, is published in natural astronomy .