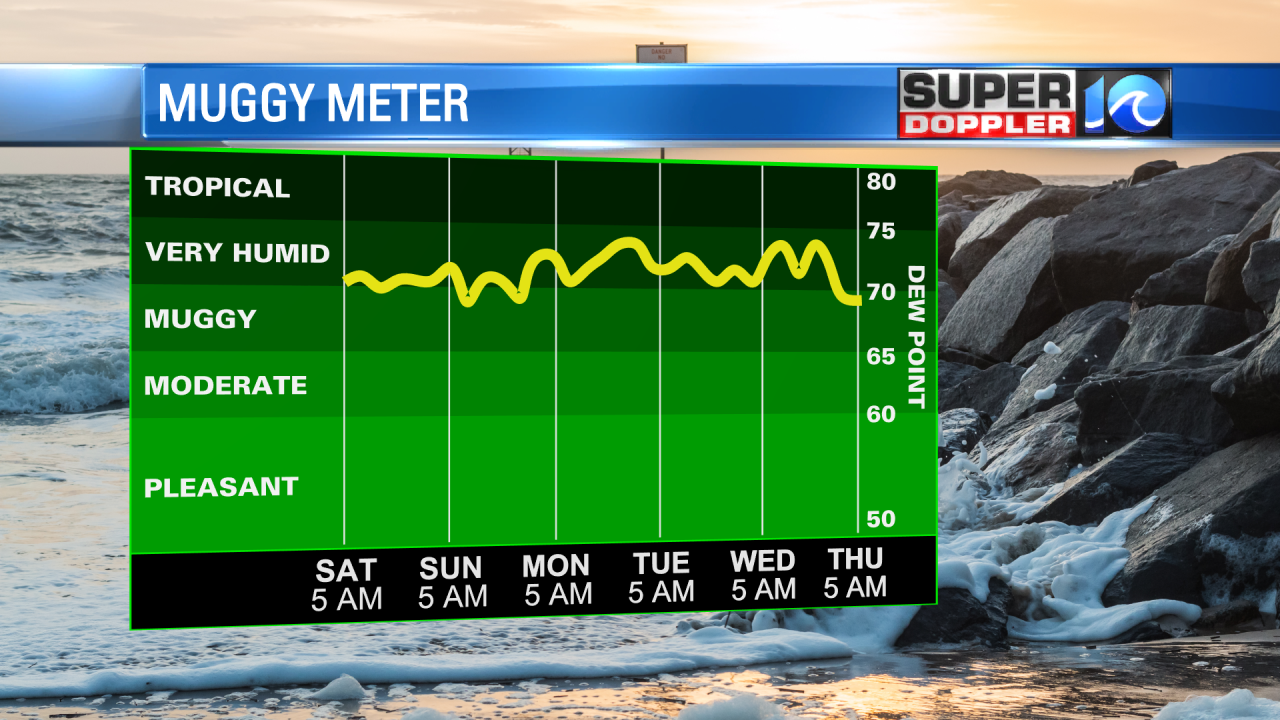 After some early morning rain we see a decent Saturday afternoon

If you’re reading this from Williamsburg or the Middle Peninsula, you’re probably thinking, what rain?! As expected, a few bands of rain moved in this Saturday morning, resulting in some areas of heavy rain. Most of these groups, as we sort of thought yesterday, were in the Southside and NE NC. Overall, the peninsula and inland areas were largely free of rain this morning.

As we drive through the rest of your Saturday, expect partly cloudy skies with only a few spotty showers to be possible throughout the region as a low pressure track area along our coastline. It might throw some moisture back for us this afternoon, but overall I expect the chance of rain to be only around 20-30% this afternoon.

We will be partly cloudy overnight and to start Sunday. At the end of the day on Sunday, a cold front will approach from our west. This will help trigger downpours and thunderstorms in central VA/NC which will head our way late in the evening. A few might have heavy rain with them and some lightning.

One thing you’ll probably notice throughout the weekend: our low humidity is gone. Humidity is back and will persist for the first part of the week. This will result in wetter afternoons. So while temperatures will still be in the 80s like we have been for the past few days, it will be more humid, so it will be a bit warmer.

A few scattered showers are also expected on Monday. A few persistent showers until Tuesday and during the work week.

In the tropics, we continue to watch for potential tropical cyclone #4. It’s the same system we’ve been talking about for a while, but since it’s close to land, the National Hurricane Center decided to give it the PTC #4 designation on Friday afternoon. If you’re unfamiliar with PTC terminology, it’s basically a name given to systems close to earth that have a high chance of developing into a depression/tropical storm within 48 hours. By designating it as a system, the NHC is able to issue watches/warnings and advisories. Before, if it didn’t have a name, their software system wouldn’t let them issue alerts. So now they use the PTC name.

If it becomes a tropical storm before making landfall, it will be called Danielle. The storm will have no impact on our region, with the trail taking it into Mexico and southern Texas.

I hope you are having a good weekend!
Meteorologist Ricky Matthews

Blog: It’s back – the humidity is back and lingers