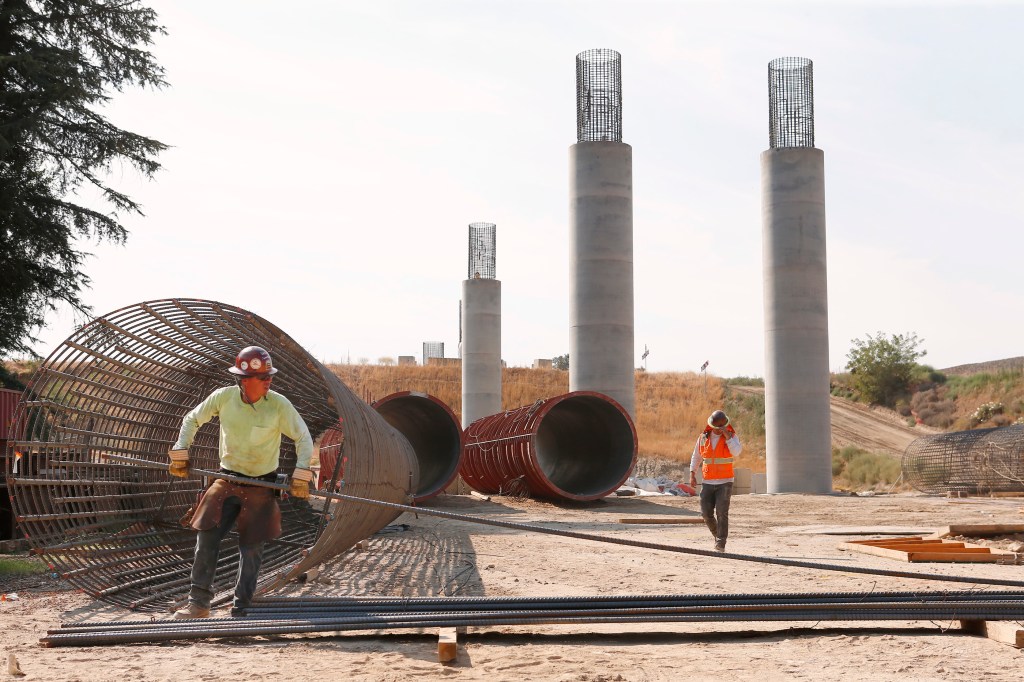 A new environmental report sets a $19 billion price tag for bringing California’s high-speed rail to the Bay Area, 40% more than the state’s high-speed rail authority’s latest business plan – and much more than is available for the long-beleaguered project.

The dramatic rise in costs is detailed in the report released Friday that completes the environmental clearance process for the agency’s preferred path to the Bay Area — a 90-mile segment from Merced County to San Jose. The route would pass through the heart of San Jose and continue to Gilroy before entering a 13.5 mile tunnel in Pacheco Pass that crosses an active seismic fault. If built, the tunnel – a major driver of projected project cost increases – would be the longest underground rail crossing in North America.

Costs have skyrocketed since 2008, when voters approved $9.95 billion for the high-speed rail on the promise of a two-hour, 40-minute ride from Los Angeles to San Francisco. Since then, the project has turned into one of the costliest and most controversial ventures in California, plagued by delays and costs that have soared from $33 billion to $105 billion for the entire project, according to the authority’s latest business plan.

Boris Lipkin, Northern California regional manager for Rail Service, said the environmental report is a worst-case cost scenario, but he acknowledged the possibility of a “more expensive” project. “Part of the reason we want to advance the design (of the segment) is to better understand exactly what the costs will be,” he said.

But Elizabeth Alexis, co-founder of the Californians Advocating Responsible Rail Design group, said the latest price is likely low because cost estimates assume the rail line is ready for construction.

“They say if we could prepay this thing today, it would be $19 billion,” Alexis said. “But it’s not apples to apples, using any kind of realistic timeline, it’s well over $23 billion.”

The authority lacks funding to build the San Jose to Merced segment, as well as any other segment outside of a 119-mile link that is under construction and will be expanded to eventually connect Merced to Bakersfield.

The main source of funding for high-speed rail currently comes from revenue from California’s cap and trade program, which requires companies to buy greenhouse gas credits based on their level of pollution. Governor Gavin Newsom is also seeking to allocate $4.2 billion in bond funds already approved for the bullet train, however, some prominent Democratic lawmakers have opposed the money for the Central Valley segment.

The federal government funded high-speed rail to the tune of $2.5 billion in 2009 and nearly $1 billion the following year. Meanwhile, HSR officials are hoping to secure some of the included $10 billion for the high-speed rail as part of President Joe Biden’s Build Back Better plan – if the bill ever passes the Senate. .

In late April, the California High-Speed ​​Rail Authority’s board of directors will review the new environmental report and is expected to greenlight a route for the high-speed rail. Although the council is considering four potential routes, each includes the same massive stretch of tunnel. The agency has selected its preferred route in 2019, which it says is the least expensive and least disruptive route.

Meanwhile, James Eggers, who leads the Sierra Club’s Loma Prieta Chapter chapter, said his organization has long argued that the Pacheco Pass route should be abandoned for a path to the Bay Area via the Pass. Altamont, arguing that the current line would disrupt sensitive areas. wetlands, among other issues. The organization may consider pursuing the latest report, he said.

Instead of building a dedicated high-speed rail line in San Jose, the authority’s preferred path will share tracks with Caltrain, which will slow the train’s top speed from 220 mph to 110 mph, but require far fewer residential trips. . The preferred route will requisition nearly 23 acres of private land, including about 68 residential units, according to the report.

The toughest segment of the project will be the 13.5-mile tunnel that cuts through an unpredictable mix of shale and dense metamorphic rock.

“This whole program is a series of megaprojects,” Lipkin said. “And of our megaprojects, this is probably the biggest of them.”

The authority’s current schedule calls for high-speed trains running through San Jose by 2031, but delays are rife with transportation projects and the estimate assumes the agency will have funding for the train at high speed, which turned into political football in Sacramento.

“I would say the most likely (timeline) would be later in the 2030s,” Lipkin said.