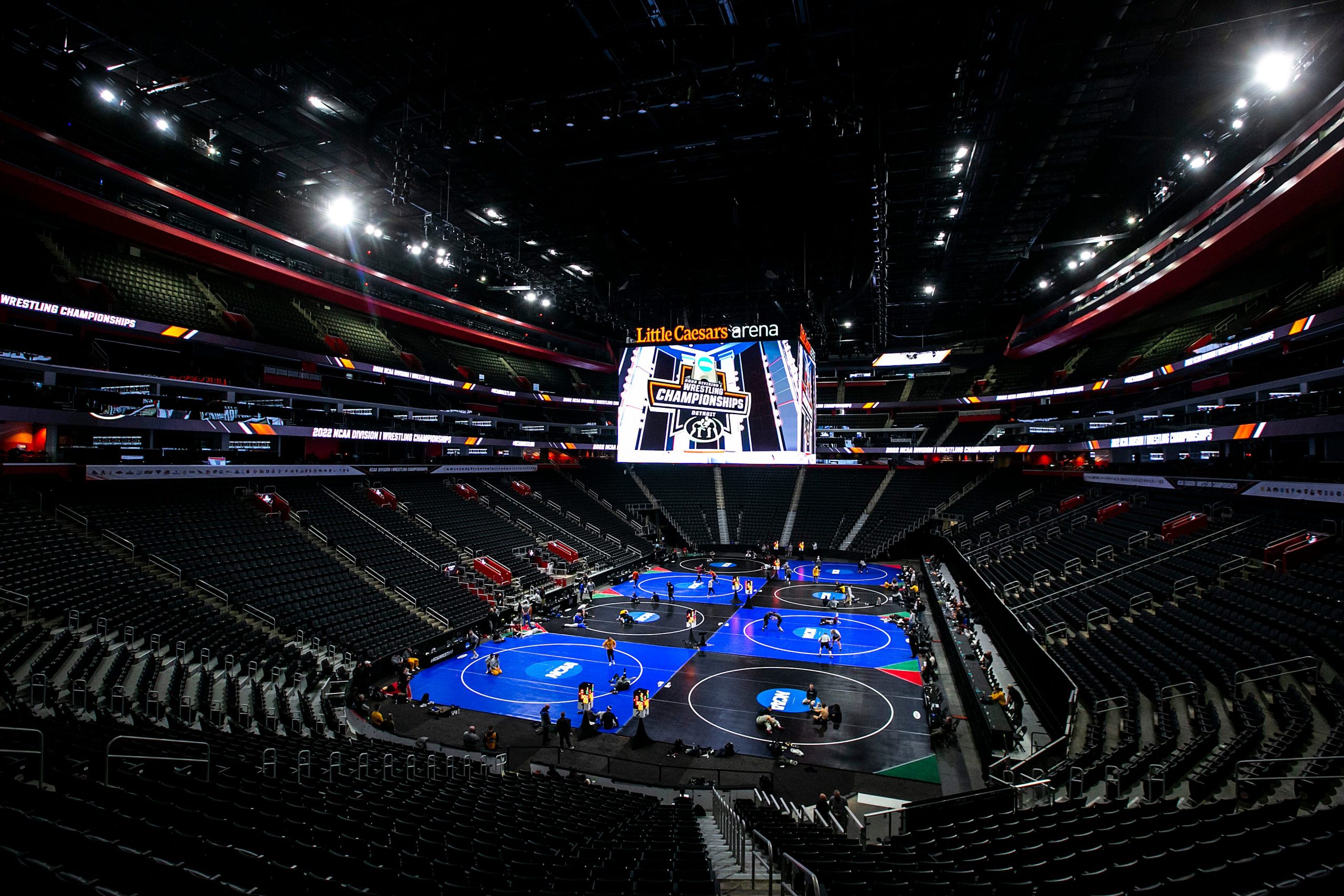 Follow all the action from the NCAA Wrestling Championships here as Jacqueline recounts all the events of the next three days.

Backtrack – Five champions with a special story. The NCAA released this video which shows Carr reflecting on what it meant to him to be one of five African American wrestling champions last season.

Carr, Coleman and Bastida head to the Round of 16

This morning’s performance certainly helped lift the spirits. The guys have a chance to keep pushing their way through the back in hopes of still getting on the podium.

Don’t be surprised if we see Carr take third place. I feel like he’s a man on a mission. I can only imagine how miserable it is for a champion to be sitting ‘on the outside’.

All three guys are also still able to fight their way to All American status. If Coleman and Bastida can look that solid, the rest of the way should be a good night.

Read the full press release from the State of Iowa here.

Parker and Degen end their careers

It’s hard to see two guys who have been with Dresser since the beginning end their careers without finishing All American in their last run for the NCAA Championship.

When people look back, there’s no way the only thing everyone remembers is their final matches. They might look back and say, “Oh yeah, they had a rough ending,” but overall their impact went beyond wins and losses.

Both athletes have become grassroots leaders in this room.

Parker is the only one to have the reputation of “golden standard”. He lives, breathes and eats the fight. He showed his teammates what it means to show up for you and your team in the training room and your own time.

Degen followed Dresser from Virginia Tech to Iowa State without ever looking for Ames, IA. He showed a wrestling room full of guys who weren’t quite sure what they thought of Dresser and his team, what it meant to believe in the vision and how to put their heads down and work to develop. a new culture.

There’s a lot more to say, but I’ll leave it at that for now.

My favorite quote from this weekend so far comes from Dresser’s media appearance the next day:

Cyclones that fell out of the tournament:

The shocking loss of David Carr

Carr losing that game was the most shocking loss I’ve seen for Iowa State since I started covering the team in 2017. Sounds dramatic, but it really is.

A streak of 55 games ended.

What’s most frustrating about this match is that you can’t say Carr lost because he was defeated or because it was just a match that could have gone either way.

We watched the two guys walk in circles while holding on to the strength of their arms. Carr tried to reach for the legs but it never went anywhere. Which is shocking! Isn’t that the David Carr we know?

There has been a buzz on the internet as there is every season, if there should be any rules regarding athletes who like to smash their way out of bounds.

Stalling is in the rulebook for a reason and watching a guy back off all the time is a frustrating feeling. Hunter Willits did the bare minimum.

On the other side of this match, Carr became the defending champion for a reason. There have been plenty of opponents doing the bare minimum and Carr dominates them anyway.

This loss will certainly haunt but motivate Carr for the rest of his career.

Ramazan Attasaouv (133) has officially withdrawn for medical reasons from the weekend. He appeared to have injured his arm in his first match and lost the match due to medical reasons.

Too bad for Attasaouv who finished third in the Big 12 and was pretty excited to show what he could do.

Here is his post-victory interview in Tulsa.

The bad: Iowa State really wanted to prove they can be a good tournament team, but starting day one with five first-round losses is tough. But I don’t necessarily want to go into that now, because Ben and I agreed to do that on Tuesday when we were recording our podcast!

Most shocking moment of the day: the defeat of Ian Parker.

It was disappointing. He lost to No. 20 Parker Fillius of Purdue. It’s a loss that leaves a sour taste in your mouth considering that Parker is the darling of the state of Iowa. This is his last run at the NCAA Championship! If you didn’t have high expectations for Parker, you’re doing him a disservice. Just hard.

The good news is that there is still a lot of struggle. All the guys have the chance to fight in the back of the bracket.

Good: Coleman, Carr and Bastida have done their job. They looked solid and brought some hope for the Cyclones, which is exactly what I predicted.

Other nuggets from the first round:

Team Ranking – Iowa State currently sits in 18th place with 5.5 team points. After the way the Cyclones started the day, I think their main goal as a team is to fight to stay in the top 15.

Other teams – Penn State leads the team race with 15.5 points with Iowa and Michigan tied for second with 12.5 points.

It’s really exciting to see a team like Michigan so competitive. It would be interesting to see the Wolverines snatch that title from powerhouses like Penn State and Iowa.

Complete results and next matches for the Cyclones:

149:17 Jarrett Degen
First round: LD, 10-7 against No. 16 Willie McDougald (Oklahoma)
First Consolation Round: Against No. 32 Zachary Sherman (North Carolina)

285:24 Sam Schuyler
First round: LD, 4-0 against No. 9 Lucas Davison (Northwestern)
First Consolation Round: Against No. 25 Isaac Reid (Lock Haven)

Session I was upset the city. Ben and I were convinced on the pod this week that it’s hard to see upsets in wrestling, but we were clearly wrong.

NCAA Wrestling has put together a full minute of all highlights for you to enjoy!

Jacqueline graduated from Iowa State University with a degree in journalism and mass communication. She was lucky enough to have been a trainee for Cyclone Fanatic for 2 and a half years before being promoted to stay. She currently wears many hats at Cyclone Fanatic: social media director, Iowa State Wrestling reporter, and staff photographer. Jacqueline loves to read and watch trashy reality TV shows when she’s not watching sports. One of his favorite accomplishments is being interned for the Minnesota Vikings and during Super Bowl LII.