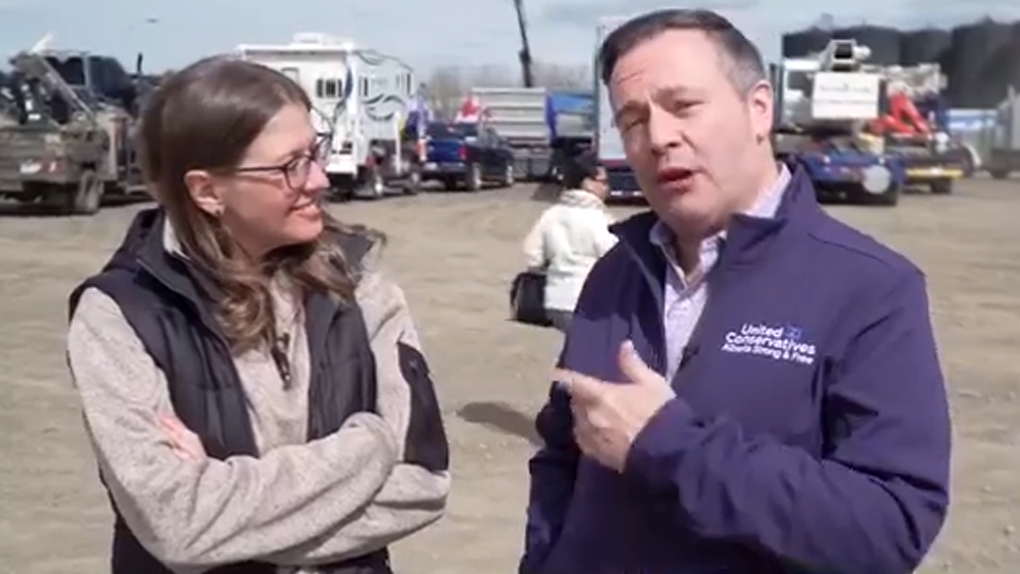 In a tweet to Alberta Agriculture Minister Devin Dreeshen, blogger Vivian Krause disowned the main UCP talking point after the release of the anti-Alberta investigation final report in late October .

Prior to this story’s publication, Krause’s tweet went largely unnoticed and had not been retweeted by a single Twitter user.

“Over $ 1 billion has been spent trying to shut down Alberta’s energy sector – with a lot of media attention,” Dreeshan tweeted on Oct. 22, accusing “anti-Alberta groups” of wanting to turn it around. “worthless” oil and gas sector.

“Minister Dreeshen, this tweet is incorrect,” Krause replied on October 23.

“Please read the report and delete this incorrect tweet,” Krause added. “You must know that it is just as wrong for you to exaggerate and mislead as it is for ENGOs to do the same.”

You should know that it is just as wrong for you to exaggerate and mislead as it is for ENGOs to do the same.

A week later, Krause tweeted to Dreeshen a second time:

“Minister Dreeshen, I notice you haven’t deleted this inaccurate tweet yet. Thanks.”

I notice you haven’t deleted this inaccurate tweet yet. You’re welcome.

Also… I would like to ask, is this photo and video of you? And are they from the same event?

In fact, the anti-Alberta investigation report found only one small fraction of this funding were actually spent on initiatives that had nothing to do with Alberta – only $ 54 million over two decades.

Shortly after the release of the anti-Alberta inquiry report, the National Post removed a fake title citing the same exaggerated figure of $ 1.3 billion.

The $ 3.5 million anti-Alberta inquiry found no evidence of illegal activity or wrongdoing of any kind. Nonetheless, the report was released with many redacted details about Canadian right-wing organizations that also receive foreign funding.

Kenney first promised launch a public inquiry to investigate Krause’s allegations that Canadian environmental groups were funded by foreign funds in the 2019 provincial election in Alberta. During his disturbing victory speech, Kenney alluded to Krause’s research, saying that “foreign-funded special interests” have “waged a campaign of economic sabotage against this great province.”

In one of his election videos, Kenney praised “the incredible Vivian Krause” for publishing “one of the greatest stories in Canadian politics of the past decade”. Krause later thanks Kenney for taking his research seriously “even when everyone still said I was conspiratorial.”

Glad to see the fearless Vivian Krause (@FairQuestions) is finally beginning to gain the attention of the mainstream media for its research on the foreign-funded campaign to enclose Canadian energy. @DavidStaplesYEG https://t.co/q26ED8KEPA

Write in the Calgary Herald Over the weekend, Krause slammed Kenney and Commissioner of Inquiry Steve Allan for finding no evidence of wrongdoing.

“Allan found no fault, nothing to fault,” Krause wrote, complaining that Kenney and Allan “were giving environmental groups exactly what they wanted.”

“No wrongdoing,” grabbed the headlines when the report was published, “Krause blasts. “And yet, in his 657-page report, there is not a single sentence of legal analysis. What the Commissioner, who says he is not allowed to comment further, provided his personal opinion, not professional legal analysis. “

“When Kenney and the UCP won, I was hoping for a trial. I want to see the Rockefellers in a courthouse in Calgary, explain why they put the boots on in Alberta but not in Texas. “

Krause did not respond to multiple requests for comment from Press Progress.

Help us protect Canadians by holding the powerful accountable.

Journalism is an important public service. That is why Press Progress prioritizes stories about keeping Canadians safe and holding powerful people accountable during the coronavirus pandemic.

Please consider supporting our award-winning, non-profit news organization so that we can continue to make a positive impact for Canadians.