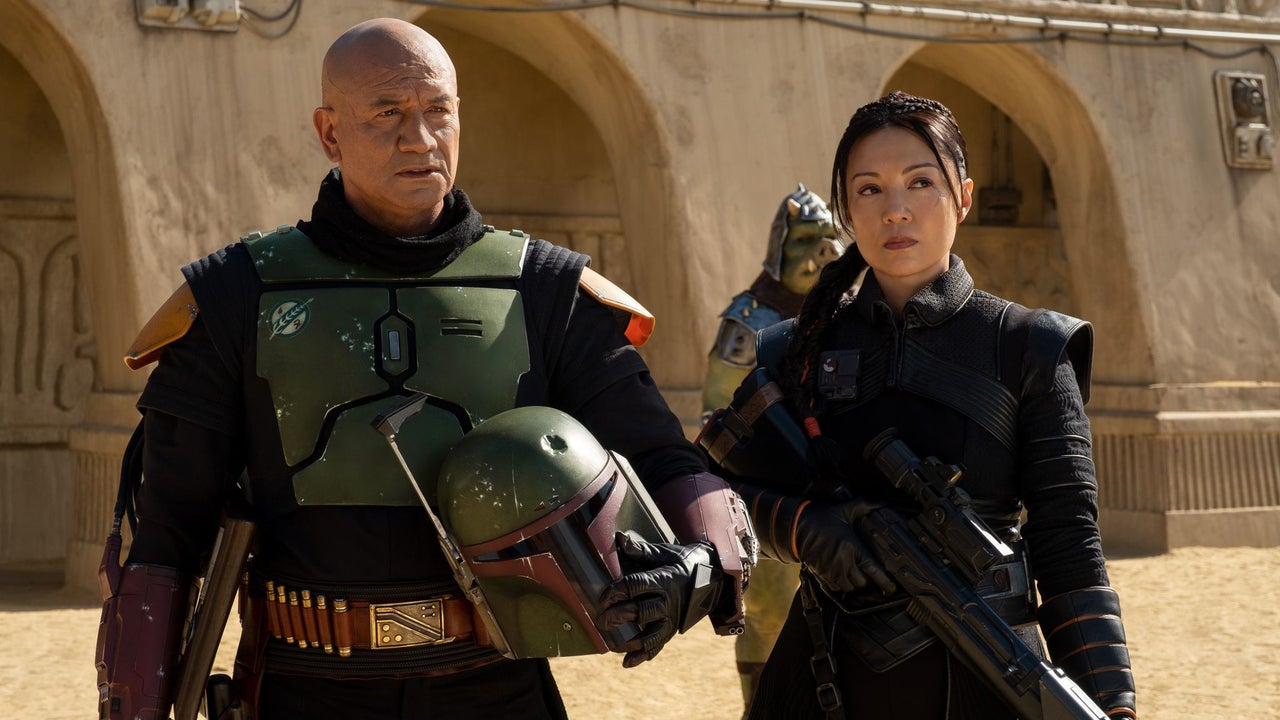 The last episode of Boba Fett’s Book is causing a stir…and there are a ton of spoilers spreading across social media.

Episode 6 of the hit Star Wars TV series dropped on Disney+ earlier today, and it’s already sending Star Wars fans into a frenzy. Titled “Chapter 6: From the Desert Comes a Stranger,” the latest episode features callbacks from across the Star Wars universe.

These are already all over social media – to the point that even Twitter’s trending terms lists contain multiple spoiler-y references to the new episode. If you haven’t seen the episode yet, it’s probably best to stay away from social media until you’re done.

Warning: The rest of this article contains spoilers for the latest episode of Boba Fett’s Book!

In Episode 6 of the Star Wars spin-off, the show’s main character takes a step back for the second week in a row (something that’s definitely a point of interest for this writer).

It’s been two episodes in a row where the main character has been sidelined, allowing The Mandalorian’s Din Djarin to move the story forward. Yes, of course, the Mando is back. But this time he’s brought more than a few friends…and they’re trending all over Twitter.

Ahsoka Tano is back in The Book of Boba Fett. (Credit: Lucasfilm)

The badass Jedi is back this week after her first appearance in The Mandalorian.

This week, Din Djarin goes in search of Grogu to give him a special piece of armor crafted from his Beskar spear. Djarin has clearly taken his commitment to the foundling seriously, with a Beskar chainmail gift that will keep the child safe.

But as he reunites with Grogu and Luke during the child’s training, he is confronted by a familiar face.

Tano tells The Mandalorian that his presence will make it harder for Grogu, who is already struggling to let go of his attachment. In the end, the Mando gives Tano the armor to give to Grogu… and flies off into the sunset.

A young Luke returns in The Book of Boba Fett. (Credit: Lucasfilm)

Our favorite Jedi is back as we get a glimpse of Grogu’s Jedi training.

Attempting to rebuild the Jedi Order, it appears Skywalker is building his own temple, and he wants Grogu to be his first student. But Din Djarin’s return throws a spanner in the works – reawakening the attachment Skywalker is trying to get him to leave behind.

Given Djarin’s Beskar armor, Skywalker gives Grogu a choice – he can have the armor or Master Yoda’s own lightsaber. But whichever he chooses, he will seal his fate – the armor brings him back to the Mandalorian while the lightsaber lets him stay and learn the ways of the Jedi.

And poor Grogu obviously doesn’t know what to do.

We first met Cobb Vanth in The Mandalorian episode, “Chapter 9: The Marshal”.

After purchasing Boba Fett’s original armor from some Jawas, Vanth used it during his duties as Marshal of Mos Pelgo – a mining town in Tatooine now known as Freetown. However, the Marshal soon encountered The Mandalorian and eventually gave up the armor, as an agreement between the two to save the outpost from a Krayt dragon.

The Marshal’s return this week was part of Din Djarin’s plan to recruit help for Boba Fett. But as he put forward a convincing argument, everything changed with the return of a lone wanderer…

Cad Bane struts around town in The Book of Boba Fett. Credit: Lucasfilm.

It’s true – The Clone Wars the favorite Cad Bane is back. And he looks cooler than ever.

Bragging to Freetown for a showdown with The Marshal, it appears Bane is working for The Pyke Syndicate. He warns the town that there will be trouble unless they let the spice through – the Syndicate previously trafficked it through town.

The Marshal has none of that, which results in a pretty cool savage style gunfight. But disaster strikes when the marshal is shot. Cad Bane wanders off into the sunset, leaving the Marshal’s fate unknown. But it looks like one of the coolest bounty hunters in the galaxy has returned.

Boba Fett Lives: How the Bounty Hunter’s Story Continued After Return of the Jedi

As you can see, there’s a ton of spoiler stuff in this week’s episode of The Book of Boba Fett… and Star Wars fans are clearly in for a treat.

But where does all this lead? If you ask me, the show at build something big. The folks at Disney and Lucasfilm aren’t stupid, and with spinoff series mastermind Dave Filoni behind this latest installment, it feels like it’s all going somewhere. After all, they wouldn’t kick the show’s main character out for nothing, would they?

Our review of the episode gives it a 7/10, saying that “the storytelling is, again, less concerned with its protagonist than with The Mandalorian and the redirection of nostalgic Star Wars elements. The writers are bored- they with Boba Fett?”

Ryan Leston is an entertainment reporter and film critic for IGN. You can follow him on Twitter.

Prepare for winter storm Landon, the most showery storm in history