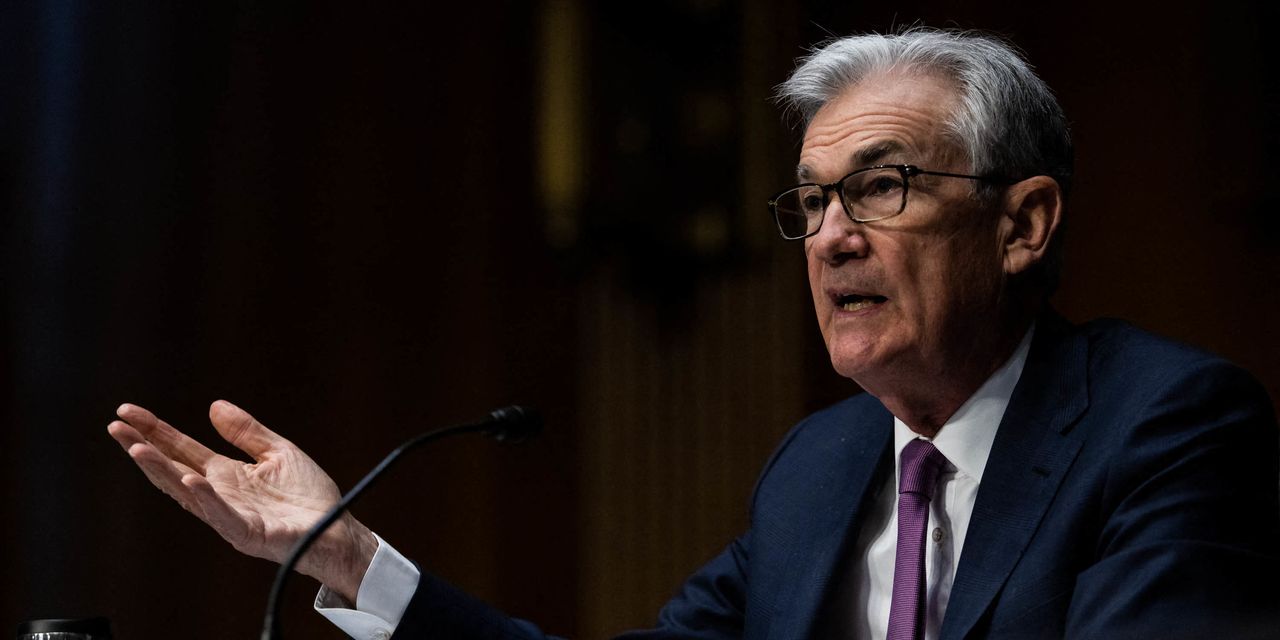 Despite the job explosion, here’s a reason to bet on a less aggressive Fed

The January jobs report was too good, as the blistering numbers, especially given Omicron, are heightening concerns about aggressive monetary policy tightening. But investors looking for a reason to believe the Federal Reserve won’t be as hawkish as feared may find one in separate, less buzzy data released earlier last week.

First, on Friday’s employment numbers. The report “painted the picture of a labor market on fire,” says Aneta Markowska, chief economist at Jefferies. In addition: significant revisions to 2021 data are changing perceptions of the labor market and the economy in general. What looked like a summer spurt followed by a winter freeze is more like very steady growth momentum that isn’t waning at all, says Markowska, a development that “should seriously undermine the ‘maximum growth’ and ‘peak growth’ narratives.” policy error “” as the Fed prepares to raise interest rates in March and begin shrinking its balance sheet soon after.

While hiring has improved and labor market participation has unexpectedly increased, wages have still increased, showing just how tight the labor market is. The 0.7% jump in average hourly earnings in January from the previous month, representing the largest monthly increase since December 2020, sent wages up 5.7% from a year earlier.

The January report suggests that the so-called Phillips curve has been resurrected. The measure, which dates back to 1958, argues that lower unemployment is associated with higher wages, and more broadly with high inflation. Before the pandemic, Fed Chairman Jerome Powell declared the Phillips curve dead after the unemployment rate fell to a half-century low without raising wages.

Why is this important? Markowska says the Phillips curve has come back with a vengeance, meaning the rapid fall in unemployment suggests continued wage inflation – with his prediction of 3% unemployment by the end of the year translating into a annual wage inflation of 6%. What frighten even the most conciliatory central bankers, eager to avoid a spiral of wages and consumer prices as in the 1970s.

This is where some under the radar data gets interesting. On Thursday, the Labor Department released non-farm productivity and unit labor costs separately for the fourth quarter. Productivity climbed 6.6% sequentially on an annualized basis, nearly double the rate Wall Street expected after a decline in the third quarter. This increase more than offset the strong 6.9% increase in compensation, meaning that unit labor costs rose only 0.3% in the last quarter of 2021. The slowdown caused year-over-year CSU growth to fall to a 3.1% pace from 6.3%.

“Unit labor costs are super high, signaling the risk of ‘wage inflation,'” says Nancy Lazar, chief economist at Cornerstone Macro, adding that ULCs lead in wage inflation. one-year basic consumer price. The idea is that ULCs are high and trending above the Fed’s inflation target. But the slowdown, presumably in data less affected by Omicron given the quarterly reckoning, lends credence to hopes that a productivity boom will offset the impact of higher pay and thus help ease broader pressures on businesses. price.

Magazine of this week

This weekly email features a full list of stories and other features from this week’s magazine. Saturday morning ET.

There is other recent support that the Fed has more room to maneuver than some investors, who are furiously anticipating further rate hikes, appreciate. At the end of last month, the employment cost index unexpectedly slowed in the fourth quarter compared to the third. The story here is the same as for the other salary gauges – a 1% increase is too high for comfort. But the third-quarter ECI is what Powell says drove its sharp pivot, and so it’s worth considering this recent downturn alongside the favorable productivity and ULC data.

Matthew Luzzetti, a senior economist at Deutsche Bank, says his research points to a strong historical relationship that wage gains lead to productivity growth. It is against this backdrop that recent CIS and productivity data signal potentially significant momentum ahead in the U.S. economy, as the CIS private wage and salary trend has led the growth trend. about two years’ productivity with a correlation of almost 90%, he says. Additionally, Luzzetti says the relationship has persisted through various cycles, including after the global economic shutdown that occurred in response to the pandemic.

“Taken at face value, this relationship would suggest that productivity in the non-farm business sector could accelerate to 3.5% or more over the next two years, putting it near the upper end of the range. since the 1960s. In this way, a generally overlooked benefit of recent wage gains may well be that a productivity boom is in sight in the United States,” says Luzzetti.

A productivity of 3.5% is undoubtedly optimistic. Markowska, for her part, says that even assuming 3% productivity is a very sunny prediction that would still put a floor on price inflation around 3%. It predicts five interest rate hikes this year and warns that a steepening Phillips curve increases the chances of a more sustained tightening cycle beyond this year and a higher terminal or final rate. Not to mention that the pandemic has made productivity growth “comically volatile,” says Ian Shepherdson, chief economist at Pantheon Macroeconomics, meaning the recent pop may be short-lived.

But optimistic and volatile doesn’t mean impossible, especially as chronically labor-strapped employers invest in automation, robots and other technological improvements. Stepping away from the noise, Shepherdson says the trend in productivity is now likely about double the pace of the cycle after the 2008-09 financial crisis, and will continue to rise over the next two years.

The question, of course, is whether confirmation of a productivity boom comes in time. The Fed will hike rates in March, and the January jobs data will only support calls for a 0.5% hike, as opposed to a quarter-point hike, right off the bat. But investors looking for a reason to believe the Fed will have the ability to act a little less aggressively to fight inflation have one, at least for now.