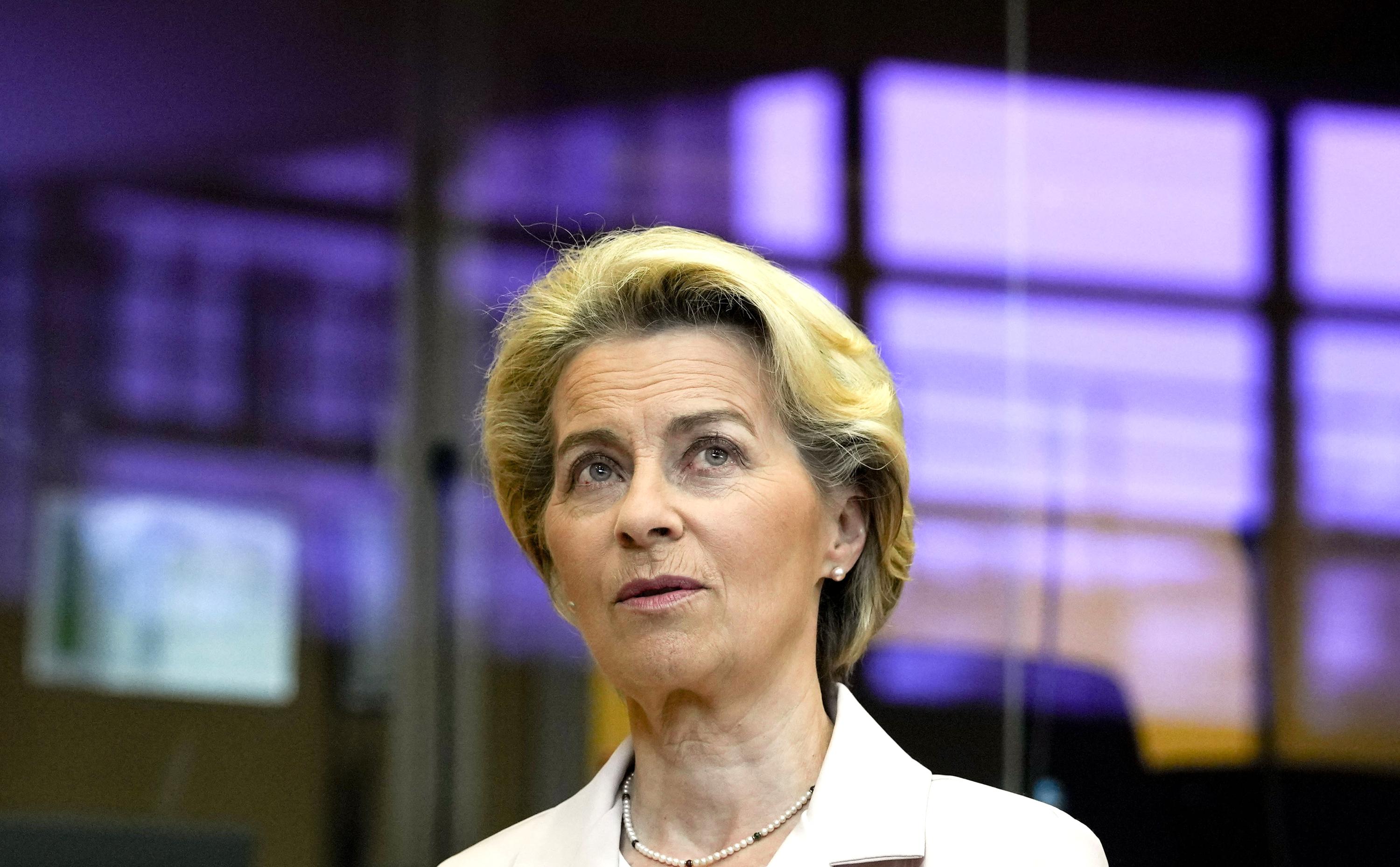 BRUSSELS (AP) — European Union headquarters on Wednesday proposed that member states cut their gas consumption by 15% over the next few months to ensure that any complete Russian cut in the bloc’s natural gas supply will not fundamentally disrupt industries next winter.

While the initial cuts would be voluntary cuts, the Commission has also sought the power to impose mandatory cuts across the bloc in the event of an EU-wide alert “where there is a substantial risk severe gas shortage or exceptionally high gas demand occurs, resulting in a significant deterioration of the gas supply situation.

“Russia is blackmailing us. Russia uses energy as a weapon. And so, in any case, whether it is a major partial Russian gas cut or a total Russian gas cut, Europe must be ready,” von der Leyen said.

EU member states will discuss the measures at an emergency meeting of energy ministers next Tuesday. For them to be approved, national capitals would have to consider handing over their energy policy powers to Brussels.

Wednesday’s proposal comes at a time when an International Monetary Fund blog post warned of the power Russian President Vladimir Putin could wield by militarizing energy exports and stifling the 27-nation bloc.

“The partial shutdown of gas deliveries is already affecting European growth, and a complete shutdown could be much more severe,” warned the IMFBlog. He added that the gross domestic product of member countries like Hungary, Slovakia and the Czech Republic could decrease by up to 6%.

The EU’s economic forecast last week showed Russia’s war in Ukraine set to play havoc with economic recovery for the foreseeable future, with weaker annual growth and record inflation. Disruptions to Russian energy trade threaten to trigger a recession in the bloc even as it recovers from a pandemic-induced meltdown

Since Russia invaded Ukraine, the EU has approved bans on Russian coal and most oil that will come into effect later this year, but that hasn’t included natural gas as the 27 bloc nations depend on gas to power factories, generate electricity and heat homes. Now he fears that Putin will cut off the gas anyway in an attempt to wreak economic and political mayhem in Europe this winter.

Such threats have forced the bloc’s headquarters to come up with a plan centered on power cuts and savings that could lead to a much colder winter, but without massive disruptions.

“We have to be proactive. We must prepare for a possible complete disruption of Russian gas. And that’s a likely scenario. That’s what we’ve seen in the past,” von der Leyen said.

The aim is to keep essential industries and services like hospitals running, while others are expected to cut spending. This could include reducing heat in public buildings and encouraging families to use less energy at home.

“Assuming there is a complete Russian gas shutdown, we need to save gas, fill our gas storage faster, and to do that we need to reduce our gas consumption. I know that’s a big request,” von der Leyen said.

EU countries and the Commission have gone on a buying spree to diversify their sources of natural gas away from Russia, but they are still expected to fall far short of supplying businesses and homes enough energy during the cold months.

Even though the EU has enough gas to turn on lights and run factories right now, it does so at sky-high prices that have fueled runaway inflation and caused public outcry.

Russia has cut off or reduced gas to some EU countries, and there are fears the energy crisis could worsen if Moscow does not restart a key pipeline to Germany after maintenance scheduled for Thursday ends.

The energy shortage is also reviving decades-old political challenges for Europe. While the EU has acquired centralized authority over monetary, trade, antitrust and agricultural policies, national capitals have jealously guarded their powers over energy issues.

The European Commission has spent decades chipping away at this bastion of national sovereignty, using previous supply disruptions to secure incremental gains in EU influence. The five-month-old Russian invasion of Ukraine is now the toughest test of whether member countries are willing to hand over more of their energy powers.

During the COVID-19 pandemic, Member States joined in joint action to help develop and procure vaccines in massive quantities in an unprecedented show of common resolve in the health sector.

“Now is the time for Europe to build on the decisive action and solidarity shown during the pandemic to address the difficult moment it faces today,” the IMFBlog said.

Rangers and Marlins down early in second half