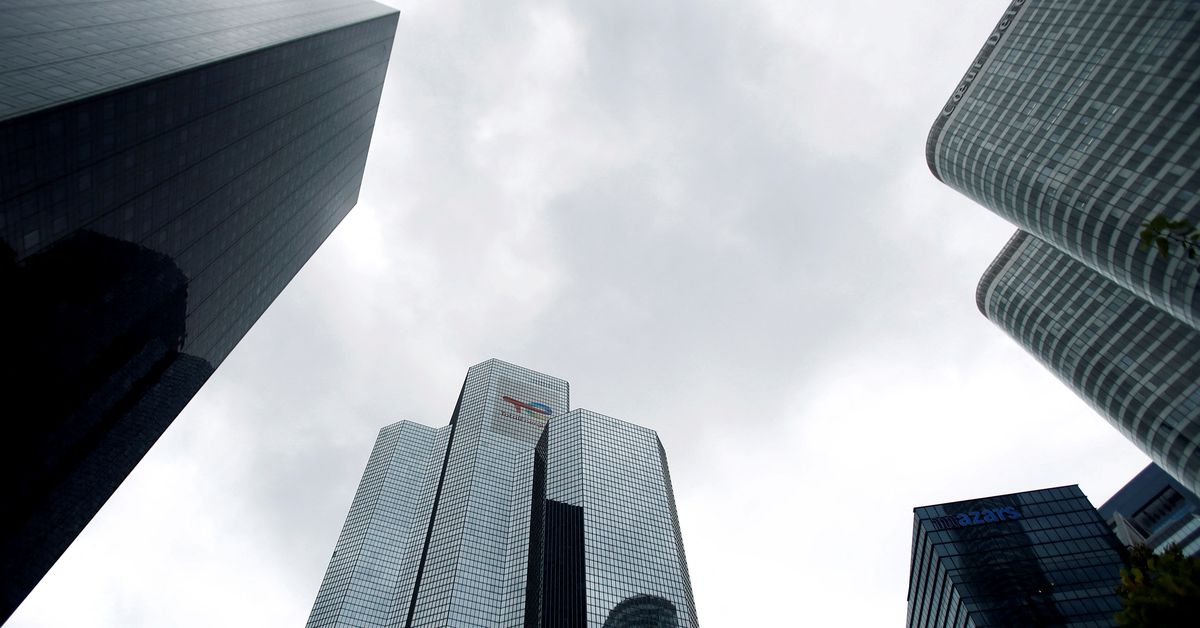 A view shows skyscrapers in the financial and business district of La Defense in Puteaux near Paris, France, August 23, 2021. REUTERS/Sarah Meyssonnier

LONDON, Feb 4 (Reuters) – Advent International is seeking to sell its French biometrics and fingerprint identification company IDEMIA in a deal worth up to $4.6 billion, as it is looking to capitalize on the growing demand for cybersecurity assets in Europe, two sources told Reuters.

The US buyout fund is considering a series of options to sell IDEMIA, including a possible spin-off from the company which was created in 2016 by combining Safran’s identity and security business with Oberthur Technologies, the sources said.

The move comes as governments around the world have beefed up their data protection defenses during the pandemic due to the heightened threat of cyberattacks as companies compete to provide identification services to their customers.

Global cybercrime has jumped 600% during the pandemic, according to research published by Embroker, as hackers up their game and develop new malware to attack and infiltrate systems with the shift to remote working.

IDEMIA, which is also supported by Bpifrance, provides facial recognition and other biometric identification products as well as identification tools for border control, working closely with government agencies to verify the identity of travelers and avoid irregular immigration.

Advent has asked investment banks to offer a mandate as it wants to launch an auction process later this year, the first source said.

The sale, valued at between 3 and 4 billion euros ($4.59 billion), has already attracted interest from French defense company Thales, which could only bid for parts of IDEMIA due to antitrust hurdles, the sources said.

Thales said this week it was “potentially interested” in any cybersecurity asset that could be offered for sale, stressing that it would not diversify beyond its three core businesses of aerospace, defense and digital identity and security.

Private equity firms are also keen to join the race for IDEMIA, which is based on the outskirts of Paris, but no deal or preemptive approach is expected before the French elections in April, the sources said.

IDEMIA, which underwent a leadership change in 2020 when Pierre Barrial took over as CEO, benefited from the post-pandemic rebound but continues to carry heavy debt loads and its key credit metrics remain weak, according to the agency. Moody’s rating.

It reported base profit of 360 million euros in 2020 and overall revenue of around 2 billion euros, the first source said.

To get the top price, Advent could carve out a piece of IDEMIA’s prized government business, valued at around 3 billion euros, and sell it separately from its corporate business that provides SIM cards for mobile phones and payment platforms and could be worth around 1 billion euros, according to the sources. noted.

Thales waits in the wings as it wants to focus on cybersecurity but would struggle to swallow IDEMIA’s corporate assets due to overlapping SIM card supply following its takeover of Dutch company Gemalto in 2019. the first source said.

The French defense group, controlled by Dassault Aviation and the French state, is considering a similar move for Atos’ cybersecurity business, known as BDS, but would need government support for any merger involving interests. or strategic defense technologies. Read more

A 2018 French government study said consolidating the industrial base in cyber defense would be “advisable” to provide high security while ensuring the economic viability of businesses.

Despite the job explosion, here’s a reason to bet on a less aggressive Fed