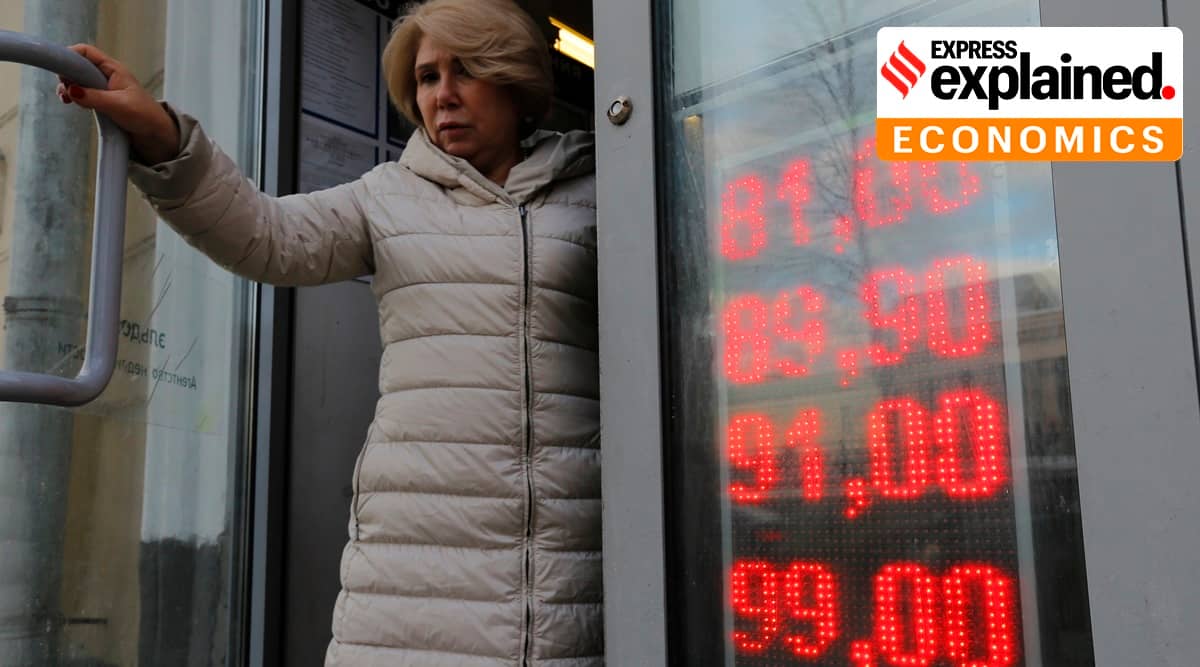 When markets open on Monday, the impact of sanctions package announced by Western nations has unleashed chaos on Russian financial markets and global commodity markets.

There are five areas where the impact was clearly visible: a sharp fall in the Russian rouble, an impending fear of a run on its banks, a panic reaction by the Russian central bank to suspend the execution of all orders by foreigners to sell securities indefinitely from the morning of February 28, an impending shortage of most consumer goods that Moscow sources from the West, and a deterioration in the terms of trade on future imports. In addition, global commodity markets are experiencing an upsurge, with spikes in crude, gas and metals.

The Russian ruble fell 30% against the dollar in offshore trading on Monday morning, trading as low as 117.8170 to the US dollar based on data compiled by Bloomberg, from around 76 to the dollar on February 22. .

Reacting to the plans announced by the United States and the countries of the European Union to sanction the central bank of Moscow and cut some financial institutions from SWIFT Russian central bank on Monday ordered professional stock market participants “to suspend the execution of all orders by foreign legal and natural persons” to sell Russian securities from the morning of February 28, reports Reuters citing an internal document.

The impact of some of these measures would clearly end up hurting the Russian middle class, given that the country remains heavily dependent on the West for many of its consumer goods. It is these products that are stocked in Russian supermarkets and have catalyzed the consumer boom in the economy over the past six years. This collapse of the ruble will have an additional impact on the Russian standard of living, while having a deleterious effect on Moscow’s “terms of trade” with its partners.

Russia’s central bank had appealed for calm on Sunday night amid fears further financial sanctions could trigger a run on its banks, saying it “has the resources and tools to maintain financial stability. and ensure the operational continuity of the sector”. .

The US, EU, UK and Canada had announced that Russian central bank assets would be frozen, preventing it from selling them abroad to support its own banks and businesses. Also, some Russian banks are to be excluded from the SWIFT payment network.

Russia’s central bank was forced to increase the amount of cash it provides at ATMs on Friday after demand for cash hit its highest level since March 2020, the BBC reported. Reports showed long queues in cities including Moscow and St Petersburg, with people waiting to withdraw their ruble deposits amid fears of a new reservoir of currency. The rush, combined with the central bank’s lack of leeway, heightens the possibility of bank runs.

Fed up with Google, conspiracy theorists turn to DuckDuckGo