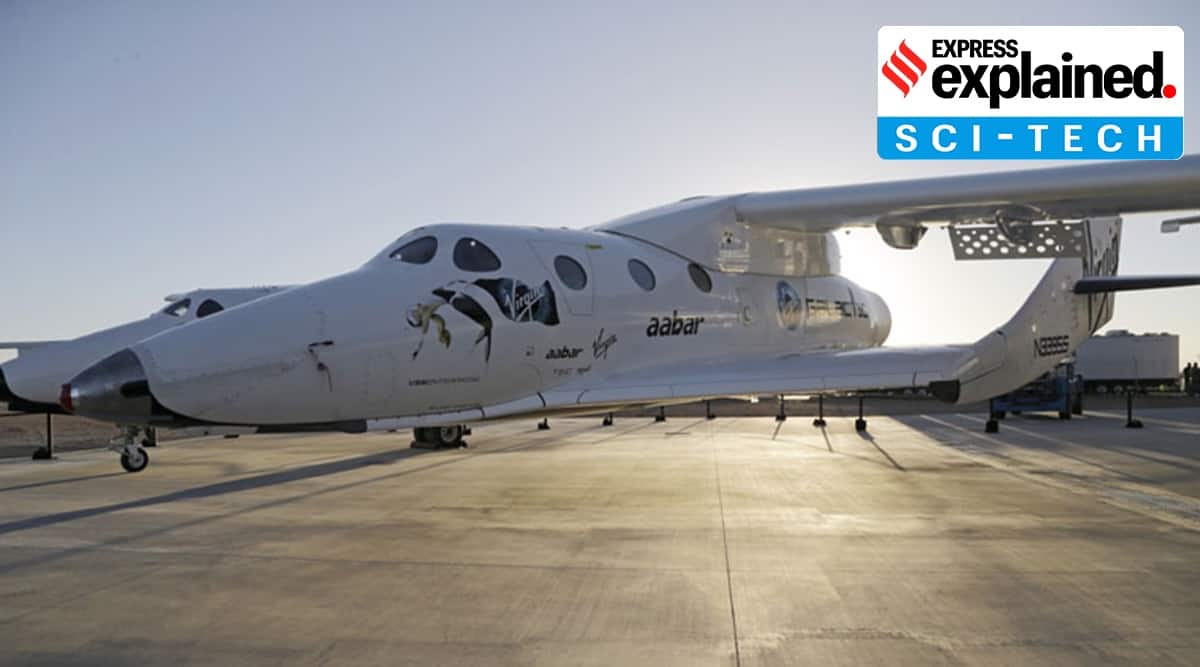 Explanation: does the growth of space tourism present a risk for the climate?

Rocket launches amid a growing race for space tourism among commercial players like Virgin Galactic, SpaceX and Blue Origin can negatively impact the climate and the ozone layer, a new study has found.

In a paper published in the journal Earth’s Future on June 9, researchers from University College London (UCL), the University of Cambridge and the Massachusetts Institute of Technology (MIT) found that soot emissions from the launches of rockets are much more efficient at warming up the atmosphere compared to other sources.

The researchers say routine launches by the rapidly growing space tourism industry “could undermine progress made by the Montreal Protocol in reversing ozone depletion”.

They argue that there is an urgent need for environmental regulation to reduce the climate damage caused by this fast-growing industry.

In the 20th century, the Soviet Union and the United States were engaged in intense competition to achieve complete dominance in spaceflight technologies. Today, private companies are participating in their own commercial space race, initiated with the space travels of Jeff Bezos and Richard Branson in July 2021.

Less than a year after Bezos and Branson’s escapades, The New York Times reports that global space tourism is booming, with various companies offering reservations for zero-pressure balloon trips for short flights, space camps, and more. astronaut training and simulated flights in weightlessness.

According to the authors of the recent study published in Earth’s Future, “the space industry is one of the fastest growing sectors in the world”.

From $350 million in 2019, the industry is expected to grow to more than $1 trillion by 2040. With companies like Virgin Galactic, SpaceX, and Blue Origin launching commercial spaceflight, space tourism has become, at least in theory, a possibility for enthusiasts. Tickets remain extremely expensive, however, with tickets for Richard Branson’s Virgin Galactic starting at $450,000.

What is the new study?

In their new study, researchers from University College London (UCL), the University of Cambridge and the Massachusetts Institute of Technology (MIT) say the booming space tourism industry may come at a far greater cost for the environment.

They calculated their findings by compiling an inventory of chemicals from the 109 rocket launches and re-entries into Earth’s atmosphere in 2019.

They also predicted the growth of space tourism by companies like Virgin Galactic, Blue Origin and SpaceX. These were then incorporated into a 3D model to examine the possible impact on the climate and the protective stratospheric ozone layer.

The number of rocket flights today is rather small compared to the sheer size of the aviation industry.

While in 2020 there were just 114 orbital launches worldwide, more than 100,000 flights travel every day, as reported by The Guardian.

What are the results of the study?

Unlike other sources of pollution, the study finds that the environmental damage caused by rockets is far greater, as they emit gaseous and solid chemicals directly into the upper atmosphere.

Current growth trends in space tourism also indicate potential for ozone depletion over the Arctic. Indeed, pollutants from rocket fuel and heating caused by spacecraft returning to Earth, as well as debris caused by flights, are particularly harmful to the ozone layer, University College said. London (UCL) in a press release.

Of great concern is the black carbon (BC) soot that is emitted from rockets directly into the atmosphere. These soot particles have a far greater impact on the climate than all other soot sources combined, as BC particles are almost 500 times more effective at retaining heat.

The low number of rocket launches, compared to the large-scale air pollutant emissions caused by the massive aircraft industry, is sometimes invoked to minimize the environmental damage caused by rockets. Dr. Eloise Marais, co-author of the study argues that this comparison is wrong.

“Soot particles from rocket launches have a much greater climate effect than aircraft and other land-based sources, so you don’t need to have as many rocket launches as international flights to have a similar impact. What we really need now is a discussion among experts on the best strategy to regulate this rapidly growing industry, she said in a press release.

The team of researchers showed that in just 3 years of additional space tourism launches, the rate of warming due to released soot would more than double.

This is due to the use of kerosene by SpaceX launches and synthetic rubber hybrid fuels by Virgin Galactic.

While the loss of ozone from current rocket launches is “low”, the researchers say that within the likelihood of weekly or daily space tourism rocket launches, the recovery of the ozone layer caused by the Montreal Protocol could be compromised.

“The only part of the atmosphere showing strong ozone recovery after the Montreal Protocol is the upper stratosphere, and that’s exactly where the impact of rocket emissions will hit hardest. We didn’t expect this to happen. see ozone changes of this magnitude, threatening the progress of ozone recovery,” study co-author Dr. Robert Ryan said in a press release.

The Montreal Protocol is a historic international treaty that was adopted in Montreal in 1987 and aimed to protect the Earth’s ozone layer by regulating the production and consumption of nearly 100 chemicals called ozone-depleting substances. (SAO).

The treaty gradually reduces the consumption and production of various ODS.

Under the Montreal Protocol, developing and developed countries only have equal and differentiated responsibilities, but all countries must meet binding, time-targeted and measurable commitments.

Considered one of the most successful environmental interventions globally, it is the first treaty to achieve universal ratification by all countries in the world.

The United Nations Environment Program (UNEP) says that without this treaty, ozone depletion would have increased more than tenfold by 2050, compared to current levels.

It is estimated that the replenishment of the ozone layer caused by the Montreal Protocol saves about 2 million people from skin cancer every year. Between 1990 and 2010, the treaty led to a reduction in greenhouse gas emissions of around 135 gigatonnes of CO2.