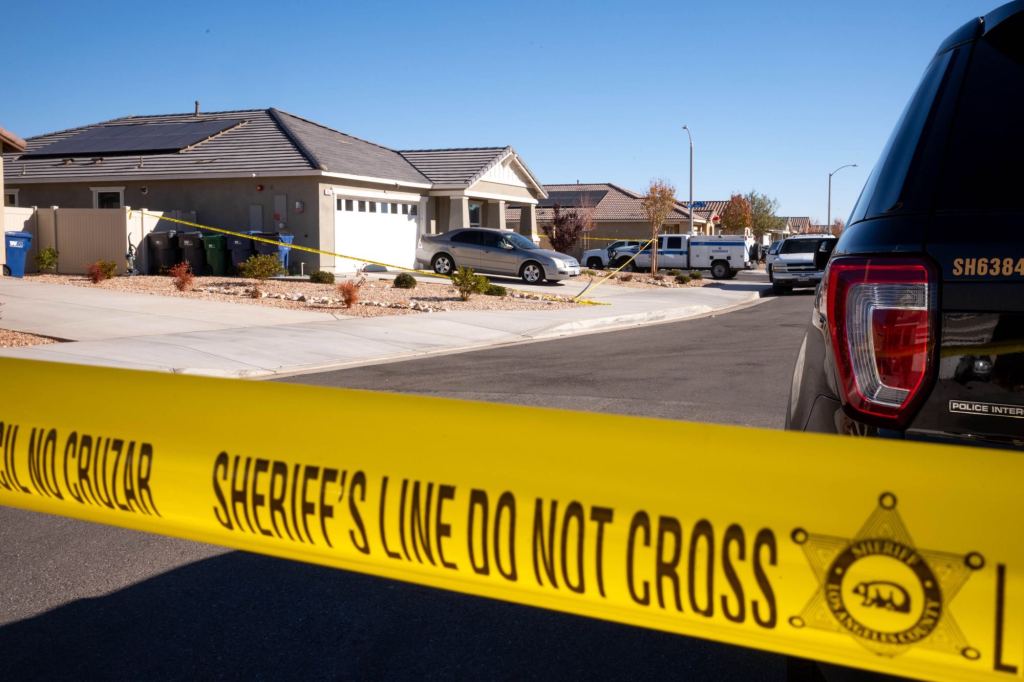 A father has been arrested on suspicion of shooting and killing four of his children and stepmother at a Lancaster home on Sunday night, November 28, the Los Angeles County Sheriff’s Department said.

Three boys and a girl, all under the age of 12, were found dead with gunshot wounds to the upper torso when MPs arrived at the house in the 3500 block of Garnet Lane, the sheriff’s department said.

The stepmother – the children’s grandmother – was also found dead with gunshot wounds to her upper torso.

The father, Germarcus David, 29, was arrested after showing up in the lobby of the Lancaster Sheriff’s Station around 10:30 p.m., the Sheriff’s Department said. It was not immediately clear how long before the shooting took place.

David was being held on $ 2 million bail, according to inmate records.

This is a developing story. Please check for updates.