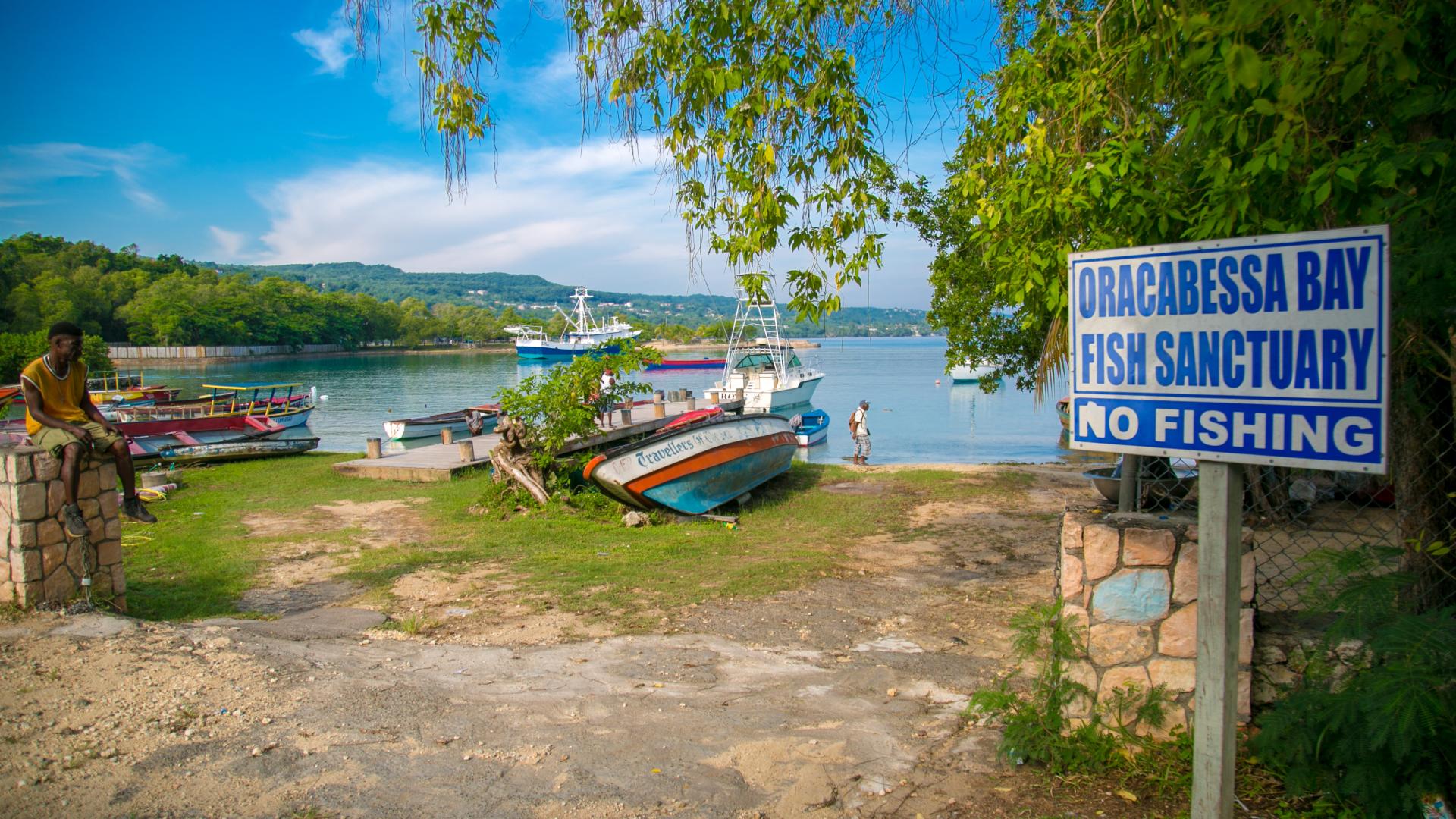 How Humanity’s Prosperity Depends on the Health of Our Oceans

Just as nearly 70% of the human body is made up of water, nearly 70% of our planet is also covered in water. We know that too much or too little water in the human body can mean major risks to a person’s life; this symbolic similarity should also be a powerful reminder that when life below water, Sustainable Development Goal (SDG) 14, is moved off-axis, we see increased risk to the quality of life on earth, SDG 15. In this way, water is literally life: humanity and our ocean systems are inextricably linked.

One of the most critical roles the oceans play is to provide natural buffers against coastal hazards such as tsunamis, storm surges, and food crises associated with salt intrusion.

As someone from an island nation or “large ocean state”, as small island developing states prefer to categorize themselves given their geographic location and the intrinsic value of the oceans to the world as a whole, this effect on our economic and social well-being is something I inherently understand. I have also personally witnessed the devastating effects of certain anthropogenic and human-caused actions on ocean ecosystems, and the unfortunate consequences such actions have had on our safety and security.

The reality of coastal life

As a young man growing up in the Caribbean, I took many excursions to nearby coastal areas. Social and recreational activities gave me the opportunity to admire the wonders of the oceans and its complex ecosystems; beautiful beaches and rocky shores, all derived from the workings of the constructive and destructive actions of the waves of a once healthy ocean.

Over time, however, I observed changes that were the first harbingers of the deteriorating health of our underwater ecosystems, due primarily to pollution harming the intricate web of aquatic life.

Later in my personal story, but still early in my professional experience, I observed firsthand the “fury of the ocean” – its cry for help in a war it was engaged in against humanity. .

In 1998, Hurricane Mitch, one of the deadliest hurricanes on record to hit Latin America and parts of the Caribbean, caused storm surges of 13 meters (44 feet), unleashing the destructive power of the on coastal life, including tourism-dependent communities. in western Jamaica. Entire reinforced concrete walls were shattered and significant damage was caused to infrastructure. One of the most startling personal observations has been what the ocean has deposited on the once pristine white sand beaches. Amid the aquatic life, bits of trash have clearly settled into the ocean over time.

What struck us that day, literally and figuratively, was not the fear of the recurrence of natural and/or coastal events associated with this particular hurricane, but rather the realization of what we were doing. to the natural systems on which we consciously or unconsciously depend. for our very survival. Our quest for development for individual or collective prosperity had incredibly harmful and destructive consequences.

Meeting at a critical time

Fast forward to the present day, the United Nations World Conference on the Oceans, held from June 27 to July 1 under the theme “Save our ocean, protect our future”, aroused great attention and renewed urgency.

The World Meteorological Organization, in its 2021 State of the Climate report, said the world’s oceans have reached their warmest and most acidic levels on record, threatening ecosystems, food security and climate-dependent economies. tourism. This fact, as well as the correlation between rising ocean temperatures and ecosystem services with the development and impact of tropical cyclones, does not offer a positive outlook for small island developing states, or large ocean states, especially.

These prospects suggest the potential for even more powerful storms, continued erosion of natural coastal buffers, and a declining ability of their economies to generate the capital needed to invest in prevention, preparedness, and building resilience during the recovery phase.

Science shows us that the quality of our oceans is being seriously degraded as a direct result of overfishing and marine pollution, as well as unsustainable land-based practices such as poor land management, fossil fuel burning and poor waste disposal, which leads to ocean acidification.

If current trends continue, the health and ability of our oceans to sustain life will only get worse. To put it simply, the ocean is one of our greatest allies in our efforts to address the climate emergency, and yet we continue to cause profound damage to it.

This is a critical time to invest in restoring the health of our oceans. Restoring the balance they provide to sustain life on earth requires a concerted global effort involving everyone from world leaders to citizens. This means nothing less than major structural transformation and investment in integrated solutions rooted in the Sustainable Development Goals.

Reversing the trajectory is indeed a development issue, and each bad development decision taken creates new risks, cumulatively pushing back the thresholds of our natural ecosystems. UNDP works to foster risk-sensitive, sustainable and resilient solutions. In the Philippines, a country I recently had the opportunity to visit following Typhoon Odette, UNDP has been working closely with fishers since 2020. Recognizing the combined risks that recurring natural hazards and the COVID- 19 have had on livelihoods, the focus has been not only on recovery, but also on tailored resilience-building activities that both protect ocean health while supporting livelihoods.

We remain optimistic that tailored approaches that address the specific and localized challenges faced by coastal communities will result in greater benefits in all countries, including healthier ocean ecosystems.

Let’s continue to “sound the alarm” on the state of our oceans. We all have a role to play and a responsibility to act. We are water, surrounded by water, and our very existence depends on it.