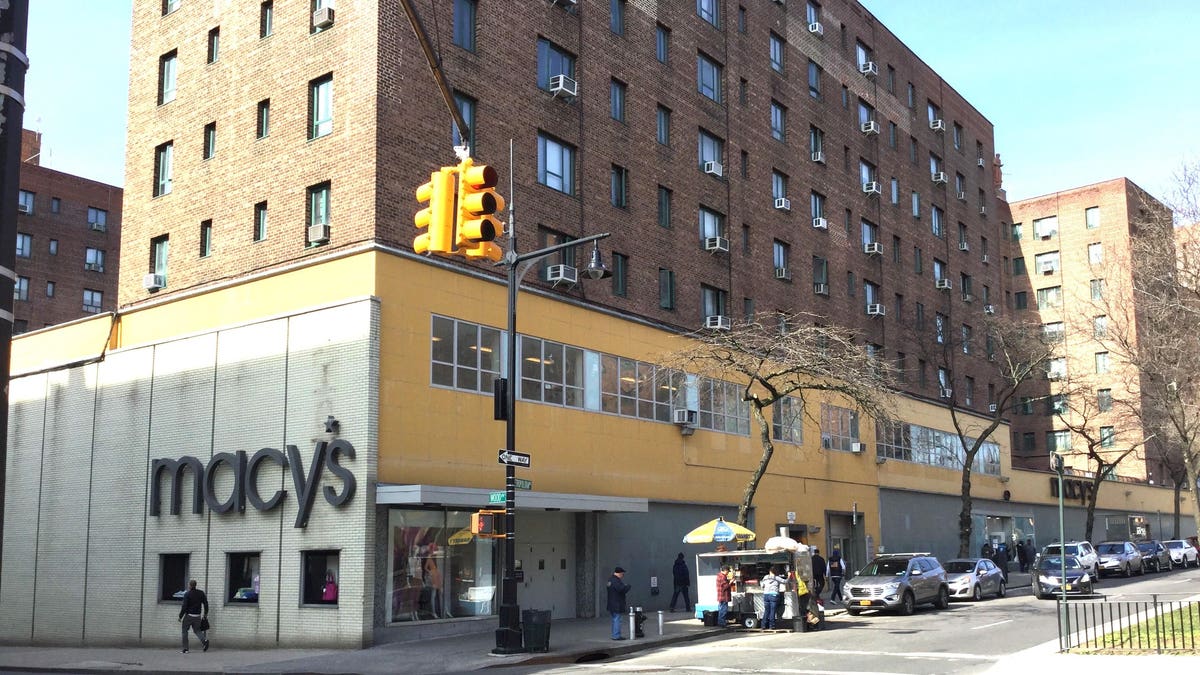 A piece of retail history is hidden in a Bronx community. Parkchester Macy’s has reached its 80th year of existence and is one of only seven department stores across the country to have achieved such an accomplishment.

The inclusion of Saks, Neiman Marcus and Bergdorf Goodman stores in this honor roll can be viewed as incorrect or controversial. They prefer the designation “specialty stores”, but their size and selection of merchandise justifies their inclusion on this list.

Macy’s still operates stores in downtown Brooklyn, Chicago, Philadelphia, and San Francisco that have exceeded eight decades of service, but all four were marketed under different names in 1941.

Macy’s Parkchester is far from a typical department store. The 171,000 square foot store is not located in a busy downtown shopping district or in a suburban mall. It is located under two apartment buildings, approximately six miles from the central shopping hub of the Borough’s Grand Concourse.

It also lacks the grandeur of other classic department stores. Many of its unique and unusual architectural aspects are overshadowed by a somewhat utilitarian interior with long walkways and low basement ceilings.

But the physical attributes of the Parkchester location reflect the retailer’s past identity as a multi-purpose department store. They are indicative of when the company motto was “It’s smart to be thrifty”.

The Macy’s Parkchester opened on October 13, 1941. It was the same day that Hitler burned the town of Vyaznma to the ground, on his way to Moscow, Gandhi urged the United States
to avoid going to war, and Horn & Hardart Automats advertised beef pies for just 15 cents.

It should be noted that Parkchester was the very first branch of Macy’s, only the second location nationwide that operated with the Macy’s name on its storefront.

It’s also notable that the location was not included in the retailer’s Wednesday store closing list. Last February, Macy’s announced that it would close 125 stores over the next three years and focus on its best performers in the most prestigious malls. The Parkchester store looks safe, for now, but its sister store at the White Plains Galleria is far less fortunate.

Parkchester is a self-contained community built by the Metropolitan Life Insurance Company. It is one of the first planned communities in the country and it welcomed its first residents in March 1940. It comprises 171 apartment buildings that contain 12,271 units. The resort spans 129 acres and was originally billed as the “City of Today”.

For over thirty years, Parkchester was a “white only” community. Its original developers said that “blacks and whites do not mix.” A 1968 decision by the New York Human Rights Commission overturned that decision.

The Parkchester Macy’s is one of four Macy’s in the New York area that are represented by Local 1-S, Retail, Wholesale and Department Store Union. It’s a relationship that dates back to the store’s opening in 1941. The union remains protective of its members at Parkchester Macy’s. The RWDSU administered its own temperature checks for associates when the store reopened on June 12, following its COVID-19 shutdown. Macy assumed this responsibility the following week.

The store has experienced some difficulties in recent years. All 80 year old structures require more maintenance than newer installations. The owner of Macy’s and Parkchester almost broke ties a few years ago. In order to meet its rental requirements, Macy’s has agreed to make several structural and aesthetic improvements.

The 2014 opening of Macy’s second store in the Bronx, located in Bay Plaza, also raised concerns about the retailer’s commitment to Parkchester. The two stores were located just 5 miles from each other. They continued to coexist.

Lord & Taylor’s popular Manhasset store, which opened in May 1941, narrowly missed its 80th anniversary. The 194-year-old department store business is currently in the midst of a company-wide liquidation. The Manhasset Lord & Taylor will close at the end of February.

“Macy’s has been part of the Parkchester community in the Bronx since 1941. The Parkchester store marked the first successful expansion of the Macy’s brand outside of the Herald Square flagship store in Manhattan, helping to launch fashion, value and experience. unprecedented Macy’s customer. to communities nationwide. A unique store at the foot of several large apartment buildings, Macy’s Parkchester is located in the heart of the neighborhood. Over time we have invested in the store to maintain its appeal and focus on the novelty of the products we sell and today it continues to serve local shoppers who love it for its large assortment and convenience.

“Macy’s is an important part of Parkchester’s many retail offerings. Since opening the store here a long time ago, Parkchester residents as well as customers who live nearby have enjoyed our ever-evolving collection of fashion, dining and other retail services. Macy’s long tenure here is emblematic of Parkchester’s vibrant collection of store tenants that continue to serve the needs of the community.

No official celebration is currently planned for Macy’s 80th birthday at Parkchester. COVID-19 will likely prevent any organized gathering. Perhaps the biggest celebration is recognizing that a department store can survive and thrive for eight decades.