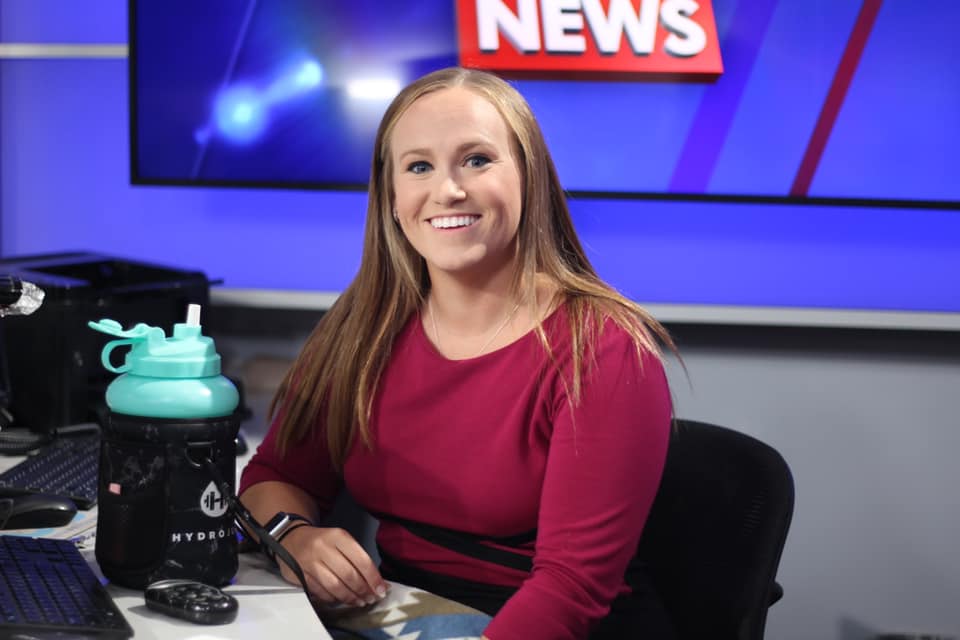 Meet Alex, the newest addition to the FOX8 Weather Team!

(WGHP) – Since August, you might have turned on your TV and thought, “Who is this new weather girl?

I started working for FOX8 in early August and have worked a lot during the work week, but have also been on air every weekend since mid-August.

I’m the new weekend weatherman, which means you’ll see me on FOX8 mostly Saturdays and Sundays.

But where do I come from and how did I find myself predicting the weather in the Triad?

Another cold front to sweep across North Carolina, bringing below average temperatures and fall weather

Where does my interest in the weather come from?

I was born and raised in Durham, NC, a short drive down I-40 from the Triad. I attended secondary school at Durham School of the Arts with an arts concentration in photography.

During high school, my summer job was lifeguard at my neighborhood pool. Lifesaving has provided me with some of my favorite activities: swimming, being outdoors, and being exposed to all the weather elements.

My interest in weather came from monitoring. Summer thunderstorms are common in North Carolina and I found them fascinating. No, it wasn’t because I didn’t have to work that there was thunder, although that was definitely a plus.

I found it interesting that on the sunniest summer days the weather could change quickly and a thunderstorm would form and spoil the afternoon outdoor fun. Why did storms form when it didn’t look like they would? What caused thunderstorms to form?

These questions started popping into my head around the time I started watching colleges, the summer before senior year of high school. I originally looked at colleges with plans to major in psychology or forensic science. My parents mentioned that I should look into meteorology because they saw my fascination with the weather and summer storms grow.

The Triad loses about 2 minutes of daylight per day. Here’s what to expect for the rest of fall!

Where did I go to college and how did I make the weather my career?

I made a visit to UNC Asheville and was able to attend an introductory course in meteorology during my visit. I found the course incredibly interesting and pretended to be a university student already.

I still remember the conference that day. Dr. Hennon, the professor, dove into descriptions of high and low pressures as well as cold fronts and warm fronts. I took notes during class and asked questions trying to learn and understand.

After taking the meteorology course, I was sold. Weather was something I was meant to do and wanted to explore it more as a possible career option. Dr. Hennon ended up being my advisor in the meteorology department throughout my time at UNC Asheville.

My favorite course in college was Tropical Meteorology, where we delved into tropical systems forecasting. We learned where the systems typically originated, how they developed, and how to predict their future path based on other weather conditions occurring around the tropical cyclone. This class is part of the reason why hurricanes are my favorite weather to forecast.

Before I went to college, I thought it was impossible that I would end up becoming a TV weatherman. I hated talking in front of people, or even just talking to people and thought that alone would lead me to “behind the scenes” weather forecasting. However, once at UNC Asheville, I applied to give tours at the university. This job opportunity provided me with the space to practice and improve my public speaking skills.

I realized that I liked talking to people and getting to know them, which led me to consider the possibility of working for a television station. I wanted to experience a newsroom before deciding on my future career, which led me to do an internship in two different TV stations.

My first internship was at CBS17 in Raleigh, NC, and my second internship was at WLOS in Asheville, NC. I was able to gain hands-on experience with green screen and graphics, as well as learn about forecasts for a particular area. These two opportunities helped me realize that being a broadcast meteorologist was exactly what I wanted to pursue a career in.

Where was my first television job?

My first television job took me to Denison, Texas, an 18-hour drive from my home and everyone I knew. I worked as a weekend weather forecaster at KTEN news for two years. I have experience in predicting severe weather (i.e. tornadoes) as well as predicting winter weather conditions.

I constantly joke that I moved to Texas because I thought it was warm and I like warm weather and summer. However, the first year I was in Texas, they had one of the coldest winters on record. The entire state was under winter storm warnings, almost everyone lost power, and we lost access to running water for a few days.

While I loved every minute of Texas and the crazy weather I anticipated, a big part of me felt homesick, which is one of the things that led me to FOX8.

What do I like to do in my free time?

When I’m not talking about the weather, you can find me watching and cheering on the New York Giants, New York Yankees and Tar Heels.

I also love spending time and snuggling up with my dog, Enso. And yes, it is a weather term. It’s called “El Nino Southern Oscillation” and it’s my meteorologist who is afraid of thunder.

In my free time, I enjoy reading books, laying in the sun, exploring restaurants and breweries, and catching up on everything from “The Bachelor” franchise.

North Carolina has always held a special place in my heart, especially because I grew up here. It truly has everything a girl could ask for – mountains, beach, fall foliage, hurricanes, snow and, of course, family.

I’m so excited to continue getting to know the community and exploring the amazing towns in the area. Feel free to contact us with restaurant recommendations or areas to explore!

You can find me on social networks and live on Saturdays and Sundays at 6 p.m. and 10 p.m.

$15 BILLION in disasters so far this year… | Weather Blog

China zero-Covid: Anger against politics is rising, but Beijing refuses to change course