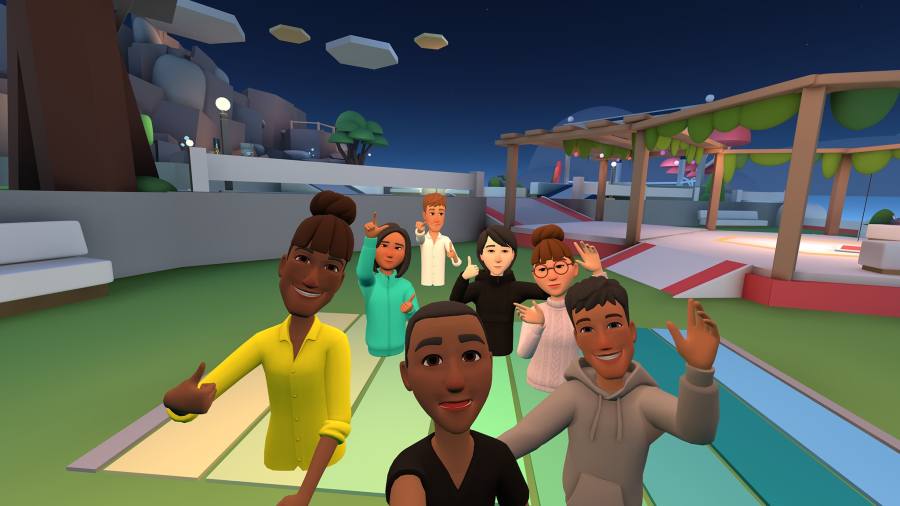 Metaverse vs labor law: the reality of virtual work

In December, 43-year-old doctoral student Nina Jane Patel put on a headset and entered the virtual world of Meta to see what was happening that day. “A few seconds after being there, there were three avatars near me,” she said. “Suddenly they were taking selfies. . . I couldn’t see at first that they were groping the avatar’s upper body . . . They were yelling at me, ‘Don’t pretend you don’t like this, it is that why you came.”

The incident occurred in the Metaverse – an immersive virtual world accessed via wearable technology – in which tech groups expect us to spend a far greater proportion of time in the future, both to play and, above all, to work.

When it comes to employment laws, however, it’s unclear what rules of engagement apply in a universal digital realm. What counts as harassment in the metaverse? Can an avatar be discriminated against, or worse? Will national law protect employees or does working in the metaverse require new regulations?

The global workforce has become much more accustomed to working remotely over the past two years due to the Covid-19 pandemic and companies have already started experimenting with virtual reality in the workplace. The Hilton hotel group, for example, uses it to train staff in customer management. And last year Microsoft, in its first step towards merging the physical and digital worlds of work, began rolling out a plan to allow workers to appear on its Teams collaboration software as avatars.

But the Metaverse takes hybrid working one step further and brings with it a host of thorny employment law issues. These range from practical challenges, such as how employees are paid, to more philosophical challenges, such as whether avatars have legal identities. “The legal puzzles are about as diverse as the possibilities of the metaverse itself,” says Jonathan Newman, managing partner at law firm Simmons & Simmons.

The physical world of work is regulated by national legal frameworks. In California, for example, workers can be fired without notice, while in the Netherlands employees generally cannot be fired without the approval of the court or the Dutch employment agency. In the metaverse, however, the national labor law that applies is not immediately obvious.

“In a sense, the metaverse is just another platform. And the fundamentals of an employment relationship apply regardless of platform,” says Jonathan Chamberlain, Partner at Gowling WLG. “You could say that in the age of Teams and Zoom, a lot of us are already there.

“But the employment relationship was until relatively recently largely fixed geographically. . . labor law is still largely country or state specific. You often can’t opt ​​out of your country’s statutory job protection scheme, even if you – or your boss – wanted to.

So far, no one has decided what legal framework should apply to a decentralized digital workplace, where workers can be mobile and geographically disconnected from each other and the company they work for.

Worker participation in the Metaverse also raises significant questions about privacy and data security, given the scale of personal data that companies like Meta expect to collect and monetize.

A Financial Times survey in January analyzed hundreds of Meta applications to the US Patent and Trademark Office. While that doesn’t mean the tech will be built, it did highlight Meta’s plans to harvest a huge range of biometric data from eye twitches to nose wrinkles and body movements. This data will help the company ensure that the digital environments it builds are realistic, but it also revealed the extent of its plans to profit from the metaverse, including using deeply personal data to sell ads from more targeted way.

In the physical world, in the UK and Europe, the General Data Protection Regulation (GDPR) governs what information employers can and cannot collect and store about their workers, including medical and personal records as well as things like ratings. Therefore, companies that want to occupy the metaverse will have to think about how to protect workers’ data while forcing them to participate in a virtual world.

“Existing laws fail to account for the creation of new paradigms in immersive technology,” writes Brittan Heller, technology lawyer and member of the American think tank Atlantic Council in a discussion paper published in 2020. “Many questions raised by new technology take us beyond the current boundaries of law: How are scans of user data collected? How is the information stored? How often is the information updated? How long is the data kept?

Patel, who suffered what she called metaverse sexual assault, is a PhD student at the University of Reading studying the “psychological and physiological impact” of experiencing these immersive virtual worlds. She knows better than anyone how intense a digital interaction can be.

“In the virtual space, it seems acceptable to behave in ways that people wouldn’t in real life,” she says, creating potential issues for police conduct in a metaverse workplace. “The comments I received in response [to a blog about her experience]show that there are people who think this behavior is appropriate in virtual environments.

Are employers going to say your avatar has to look like you? To what extent would we be entitled to freedom of expression?

Laws that protect employees from harassment and discrimination also don’t fit neatly into a world in which users operate digitally. Holding an avatar responsible for acts such as harassment would be tantamount to giving it legal personality so that it could be prosecuted or prosecuted.

“Recently, there have been reports of sexual harassment in the metaverse . . . which raises the question of whether a digital being can have any rights, and if so, do existing protections against harassment extend to this avatar?” asks Newman.

Current UK laws also prevent workers from being discriminated against on the basis of nine protected characteristics, including sex, religion and race. But do these laws still apply in a world where people can pose as anything they want, including in some cases animals or robots?

Self-expression issues could be legally and ethically difficult. Chamberlain says, “What if I wanted to show up in the metaverse as a young black woman? Should I be able to do this? Are employers going to say your avatar has to look like you? And to what extent would we be entitled to freedom of expression? »

In a blog post last year, Meta said that “the Metaverse will not be built overnight by one company,” adding, “Many of these products will only be fully realized in the next 10 to 15 years. “. But Meta founder Mark Zuckerberg has pledged to spend $10 billion a year over the next decade on the Metaverse, while other big tech groups come after him.

Microsoft agreed to buy gaming company Activision in January in a $75 billion deal to “provide building blocks for the Metaverse,” according to the company. Indeed, speaking to the Financial Times recently, Microsoft Chief Executive Satya Nadella said: “Soon you and I will be sitting on a boardroom table with either our avatars or our holograms or even surfaces 2D with surround sound.”

Meta’s blog acknowledged that the wait for technology is “frustrating for those of us willing to dive into it, it gives us time to ask the hard questions about how it should be built”. Workers meant to inhabit the metaverse might rejoice.

Slightly lower rates for most loans