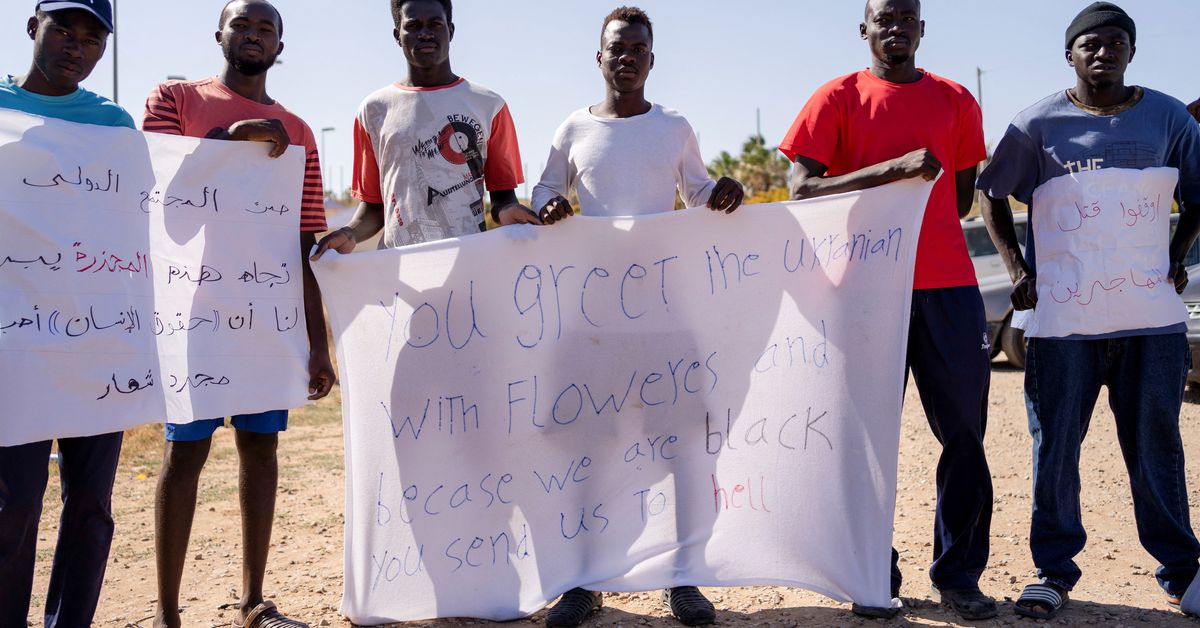 RABAT, June 27 (Reuters) – Moroccan authorities have filed charges against 65 migrants who joined a massive attempt on Friday to enter a Spanish enclave by storming a border crossing, killing at least 23 migrants, a judicial source said on Monday.

About 2,000 migrants took part in the attempt, sparking violent skirmishes with Moroccan security forces and Spanish border guards in the enclave of Melilla, with around 100 managing to cross. Read more

Moroccan authorities said the deaths resulted from a crush after what they called a stampede and migrants falling from a high fence. Dozens more were injured, they said, along with dozens of Moroccan security personnel.

On Sunday, the African Union expressed shock at what it called the violent treatment of migrants leading to deaths and injuries, and demanded an immediate investigation. Morocco and Spain have denied using excessive force.

The judicial source said most of those prosecuted are from Sudan and are accused of setting fires, attacking security forces and facilitating illegal border crossings.

AMDH said three of its lawyers would help represent migrants in court.

Many other migrants detained by authorities on Friday were transported by bus to southern Morocco and released there, AMDH said, a practice initiated by Rabat in 2018 to discourage attempts at illegal migration.

AMDH video released following Friday’s disaster showed dozens of African men lying next to each other, many apparently lifeless, some bleeding and others making weak movements as Moroccan police stood by. stood above them.

AMDH said the injured were left unattended for hours, adding to the toll. Some footage showed Moroccan security guards beating men lying on the ground.

Moroccan authorities shared their own footage of the border raid with African ambassadors, an official source said, including police efforts to clear migrant camps from forest areas near the enclave before the raid.

The source said Rabat did not post the video, but confirmed it was a video posted by a local news site in French.

It showed a very large group of migrants storming the fence with sticks and throwing rocks as they clashed with security guards who used tear gas to try to disperse them.

At one point a section of the fence collapsed under a large group trying to scale it, with many falling several feet.

The official source said the cause of the crash was a concentration of migrants trying to get through a particularly narrow gate at the border post.