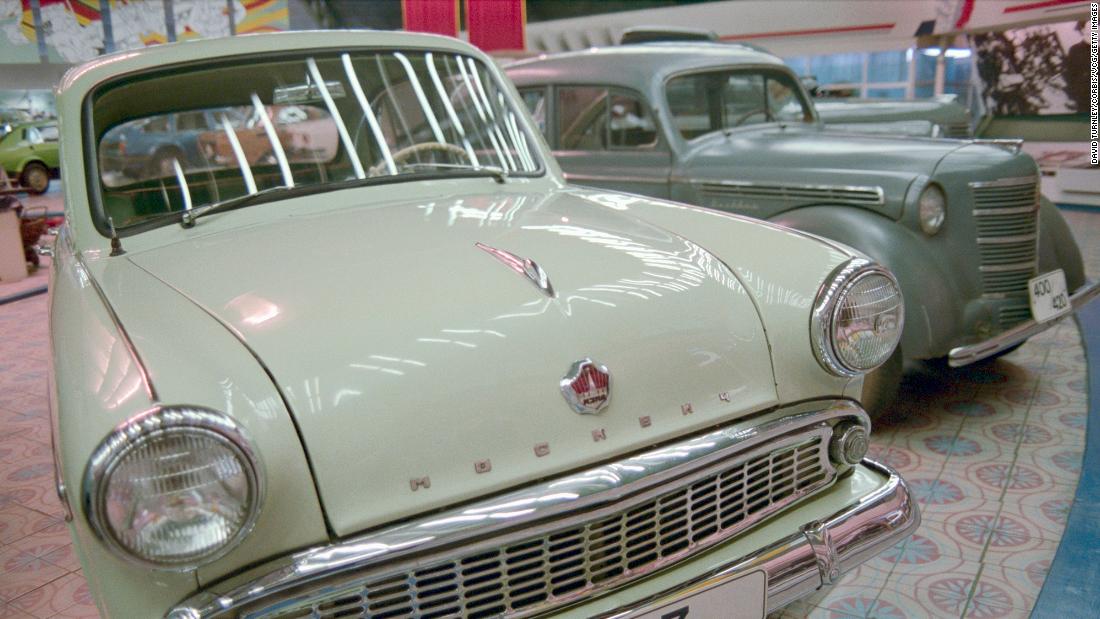 Little known outside the former Soviet Union and its satellite countries, Moskvich was founded around 1930 and operated until 1991. Like many car brands from communist bloc countries, Moskvich struggled with quality issues. The 1960s Muskovich 408, which had a 50 horsepower engine, was even cited by Soviet officials for numerous faults, according to the book “Cars for Comrades” by Lewis Siegelbaum.

Despite these lingering problems, the Soviet government struck a deal with French automaker Renault, to modernize the plant and increase production to 200,000 cars by 1975, according to the book. Production ended when the Soviet Union dissolved and western automakers, such as Renault, moved in. Part of a former Moskvich factory reopened in 2005 as a joint venture between Renault and the city of Moscow.

Renault also held a majority stake in Avtovaz, parent company of the famous Russian car brand Lada. In its statement this week, Renault said the majority stake was sold to the Russian government, while its majority stake in the Moscow plant, where Renault vehicles are manufactured, was sold to the city of Moscow. Renault left open the possibility of a return to the Russian market later.
“The foreign owner has decided to close the Renault plant in Moscow. It is his right, however, we cannot let the few thousand workers become unemployed,” Moscow Mayor Sergei Sobyanin wrote in a statement. blog post, which was translated by CNN Business. “Therefore, I made the decision to register the plant as a city asset and resume production of passenger cars under the historic Moskvich brand.”

“In 2022 we are turning a new page in Moskvich’s history,” added Sobyanin.

The company will try to keep all of the factory’s current employees working there, the mayor wrote. The plant will also try to obtain most parts for the cars from Russian companies. The plant will start by producing conventional gasoline-powered cars but, at some point, will switch to manufacturing electric cars, according to Sobyanin’s blog.

Sobianine, however, did not specify which vehicle models would be built under the Moskvich name at the former Renault factory in the near future.

Moskvich has its roots in what is considered to be one of the first Soviet-designed cars of the 1920s and 30s. After World War II, the company began producing cars under the name Moskvich, which means “Muscovite”. , or one native of Moscow.

Today, around 200,000 Moskvich cars are still registered in Russia, according to analysis agency Autostat.

Generally speaking, cars produced in the centralized economies of the Soviet Union and its satellite countries were not known for their quality.

Some cars made in communist bloc countries, like the East German Trabant, have found followers in the West. The body of the Trabant was made from a material called Duroplast which looked like plastic but was made from a mixture of wood pulp, cotton fiber and resin.

Even still, reversals are possible. Škoda, which was manufactured in then communist-controlled Czechoslovakia, was taken over by the Volkswagen Group after the fall of the Soviet Union. Now based in the Czech Republic, it has become one of the VW Group’s most popular and profitable brands.

Mark Thompson of CNN Business and Reuters contributed to this story.

Parts of the Buffalo shooter’s alleged screed were copied from other sources: NPR