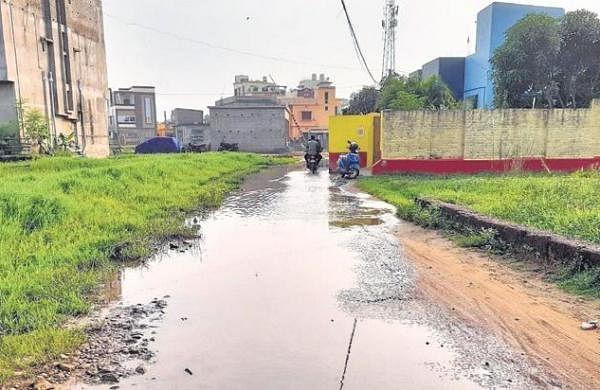 CUTTACK: It’s been 20 years since four wards (56, 57, 58 and 59) of Cuttack Sadar came under the jurisdiction of the Cuttack Municipal Corporation (CMC), but since then they’ve been given mother-in-law treatment.

During this period, four mayors and 18 commissioners have changed but the fate of the inhabitants of these four districts remains the same, especially during the monsoon when after a brief period of rain, their houses and roads are flooded, without drainage. nor sewers. systems.

The four wards have been included in the JICA-funded Odisha Sanitation Integrated Improvement Project (OISIP), which is implemented by the Odisha Water Supply and Sanitation Board (OWSSB) for the construction of a comprehensive drainage and sewerage system in the city. project.

However, in 2011, the CMC took steps towards the construction of a stormwater channel for the evacuation of rainwater from the four districts. Accordingly, WAPCOS Limited was engaged to carry out a survey and prepare a master plan with a Detailed Project Report (DPR).

Sources said the consultancy firm that carried out the investigation had prepared a master plan with the DPR. He had submitted the reports to the CMC, but they have now been gathering dust in the official files of the Engineering section for two years.

Sources allege that the civic body shelved the plan and is not taking steps to complete the proposed project under the pretext of overspending.

CMC Mayor Subhas Singh said a high-level committee consisting of the local legislature, the commissioner and the mayor of CMC will visit the four wards and carry out inspection and verification, after which the drainage project would be carried out on a priority basis.