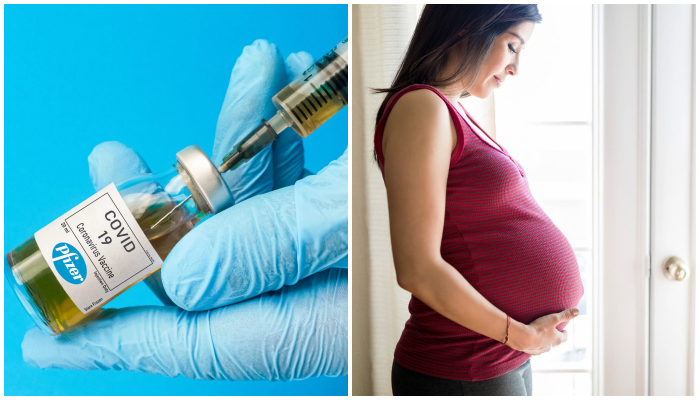 No, the claims that 44% of pregnant women lost their babies during the Pfizer vaccine trial are not correct

For more than a week, many social media posts have been circulating claiming that almost half of the pregnant women who participated in the Pfizer vaccine trial lost their babies, which the fact was revealed in documents from the company, etc. The allegations have now gone viral. all over the world, with many versions of it, with some articles even claiming that it was the vaccine that caused 44% of women to abort.

After spending some time researching the source of the claims, we discovered that they were first made by a certain Dr. Naomi Wolf, who is believed to be the CEO of Dailyclout. Dr. Wolf reportedly led a crowdsourced project by reviewing Pfizer documents released at the request of the FOIA and found that nearly 44% of pregnant women who participated in a Pfizer trial suffered miscarriages. There is a video where Dr. Naomi Wolf is seen giving statements.

Yes, you heard right 👇
*44% of pregnant women in the Pfizer trial had a miscarriage!* pic.twitter.com/cyUR6a4G5K

Dailyclout is a blog run by a certain Dr. Naomi Wolf. An article by her claimed “frightening data showing that 44% of pregnant women in Pfizer’s mRNA COVID vaccine trial suffered miscarriages.” The same claims have been echoed by multiple websites, blogs, and thousands of social media posts around the world.

The same Dailyclout has now updated their previous article on the 44% claim and added that their claims are false. They added a footnote stating that two independent researchers found the 44% figure to be inaccurate and the number of reported miscarriages to be lower.

What is the real story behind the 44% claim and how has the statistical data been misinterpreted?

Naomi Wolf’s blog post, which has now been shared in thousands of screenshots and social media posts, first cited that they had accessed more than 3,600 pages of material on the information of Pfizer submitted to the FDA’s Center for Biologics Evaluation and Research in March 2021. These documents apparently showed 22 cases of pregnancy loss without outside intervention before the 20th week.

Now, there are many reasons, sometimes unknown reasons, why women experience miscarriages. An analysis of the data by researcher Phil Kerpen said the figure of 44 was incorrect and that the same instances of “adverse events” were calculated twice by Naomi’s “volunteers”.

It should be noted here that the blog post itself had stated that the documents contained information on 50 pregnancies that occurred after the women received their first dose of the vaccine.

I like to check things out for myself. The miscarriage rate in the Pfizer trial was not 44%.

He has this table at the end of the record listing a total of 50 pregnancies “after dose 1” in the trial. pic.twitter.com/4nzRQ8iNkw

In a series of tweets, Phil Kerpen explained how the blog’s findings were flawed and, when properly reviewed, showed only 11 miscarriages. This too, when the subject IDs were compared, only 3 were found, indicating that 8 of the other women may have been pregnant before the dose, but the documents in question did not contain this exact information.

Citing documents Wolf’s team used to claim 44% of miscarriages, Kerpen concluded that the figure was wrong and that only 3 cases of miscarriage can be seen in the documents showing 50 cases.

In a statement to Associated Press, Jeffrey Morris, director of the division of biostatistics at the Perelman School of Medicine at the University of Pennsylvania, said the methodology used by Naomi Wolf’s team was flawed and they calculated the same “adverse event”. several times. Furthermore, the documents only mentioned “adverse events”, and did not mention anywhere that they were “caused by the vaccine”, rather it was a list of adverse events that occurred after participants in the trial had received the first dose.

Additionally, the document lists 50 pregnancies that occurred after the first dose, which means it does not list details of all women who were pregnant during the trial period.

It should be noted here that approximately 10-20% of all pregnancies end in miscarriages and from the documents cited by Wolf’s team, there is no way to conclude that cases of miscarriages diapers “were caused by the vaccine”.

Conclusion: No, the claim that 44% of pregnant women lost their babies after receiving the Pfizer vaccine is not correct

Although the vaccine may have adverse effects, as all Covid vaccines have been granted emergency use permits, and we are still awaiting detailed reports on long-term clinical trials, the claim made by Naomi’s blog Wolf, that 44% of pregnant women lost their babies after receiving the Pfizer vaccine, is wrong.

Pfizer’s vaccine and its lobbying of big pharma has generated some discontent among the masses. There have been instances where the pharmaceutical giant has tried to silence critical voices and alarmed its efforts to shirk its legal responsibilities. But valid reviews and false claims are two different things. The “44% of pregnancies ended in miscarriage due to Pfizer” seems to fall into the category of “misrepresentation”.

This is not the first time that misleading and false claims have been made about vaccines. In May of this year, when Pfizer released documents about its vaccine, another false claim surfaced. Many had claimed that the real effectiveness of Pfizer’s Covid-19 vaccine was 12%, not 95. However, this claim turned out to be completely false and baseless.

It should be noted here that Pfizer’s Covid vaccine has been widely used in the United States, Europe and many other countries. But efforts by the Pfizer lobby to market the vaccine in India had fallen flat for a number of reasons. India is the largest vaccine producer in the world and the Indian government has from the very beginning made it clear that Indians will receive ‘Made in India’ vaccines. The Indian government mainly purchased Covishield manufactured by Serum Institute of India and Covaxin manufactured by Bharat Biotech and vaccinated almost all of the eligible population free of charge.

Moreover, there was a considerable lobbying effort where many so-called left-wing “intellectuals”, and even powerful politicians, tried to generate negative feelings about Indian vaccines, describing Pfizer vaccines as a “better vaccine”.

However, recurring waves of Covid in the United States and Europe, delays in “opening up” and casualty figures ultimately proved that American vaccines were not as good as they were marketed.