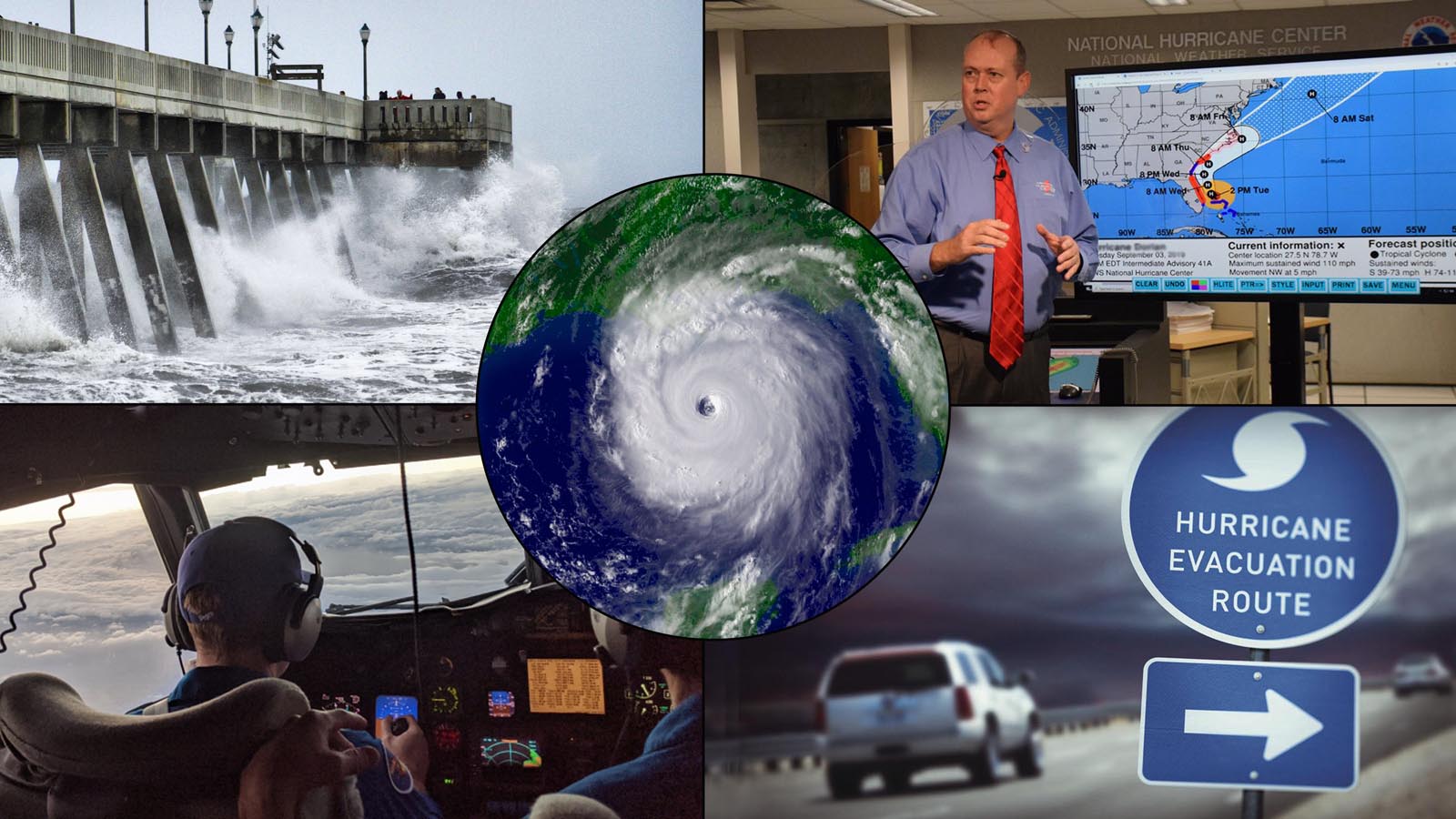 NOAA cited these key factors influencing its forecast for the Atlantic:

1) The likely continuation of La Niña conditions in the tropical Pacific Ocean [ENSO refers to El Niño/Southern Oscillation, which has three phases: El Niño, neutral, and La Niña]. El Niño suppresses hurricane development in the Atlantic by increasing the amount of vertical wind shear and dry, stable air that tends to prevail over the primary hurricane development region (MDR), which includes the ocean Tropical North Atlantic and Caribbean Sea between 9.5°N and 21.5°N latitude. NOAA/IRI’s latest probabilistic monthly ENSO forecast, released May 19, predicts just a 4% chance of El Niño conditions during the peak August-September-October period of the Atlantic hurricane season, paving the way for our seventh consecutive year of above-average Atlantic hurricane season.

2) Warmer than average sea surface temperatures (SST) and weaker than average trade winds in the main development region, together with below average wind shear and an active West African monsoon . SSTs are currently near average in the MDR, but almost all climate models predict SSTs to be above average in the MDR during August, September and October.

NOAA issued this advice: “Hurricane-related disasters can occur whether the season is active or relatively calm. All it takes is one hurricane (or tropical storm) to cause a disaster. It is crucial that residents, businesses and government agencies in coastal and near-coastal regions prepare for each hurricane season, regardless of this seasonal outlook or any other.

The April 6 forecast for the 2022 Atlantic hurricane season made by the British private forecast company Tropical Storm Risk, Inc. (TSR) predicted an above-average Atlantic hurricane season, but with less activity than the busy seasons of 2020 and 2021. For 2022, TSR predicted 18 named storms, 8 hurricanes, 4 intense hurricanes, and an accumulated cyclonic energy (ACE) of 138. Long-term averages for the past 72 years are 12 .2 named storms, 6.4 hurricanes, 2.7 intense hurricanes, and an ACE of 105. TSR rated its skill level as low for this April forecast – just 0-4% better than a “no skill” forecast. carried out using climatology.

TSR predicted a 39% chance that the US ACE Landing Index would be above average, a 40% chance that it would be near average, and a 21% chance that it would be below average. . He predicted four named storms would hit the United States, two of them as hurricanes. Averages from 1950 to 2021 are 3.3 named storms and 1.5 hurricanes hitting the US TSR, which put its skill at making these April forecasts for US landfalls at 1% – 12% more than a “no skill” forecast made using climatology. The next TSR forecast will be released on May 31.

The May 23 forecast from the UK Met Office predicted an active Atlantic hurricane season with 18 named storms, 9 hurricanes, 4 major hurricanes and an accumulated cyclonic energy (ACE) of 176. The forecast was compiled using information from the Met Office seasonal forecasting system, GloSea6, an ensemble forecasting system based on a fully coupled ocean-atmosphere general circulation model (GCM).

The May 9 forecast by Michael Mann, Daniel Brouillette, and former Penn State Michael Kozar predicted an above-average Atlantic hurricane season with 14.9 named storms (predicted range: 11 to 19). Their prediction was made using statistics on how past hurricane seasons behaved in response to SSTs, ENSO, the North Atlantic Oscillation (NAO), and other factors. . Their statistical model assumed that the +0.65 degree Celsius deviation from the mean temperature at the beginning of May in the MDR would persist throughout the hurricane season, that the weak La Niña conditions would persist throughout throughout the fall and that the average climatological conditions for the NAO would exist in the fall. /winter 2022.

Penn State’s forecasting team has been making forecasts for the Atlantic hurricane season since 2007, and these forecasts have worked well except for 2012, 2018, 2019, and 2021:

NOAA: Below average season in the Central and Eastern Pacific

Recent runs of the GFS and European models and their ensemble members have predicted that a broad area of ​​low pressure in the eastern Pacific, a few hundred kilometers south of the southeast coast of Mexico, is likely to develop into a tropical depression or tropical storm. by the weekend, the National Hurricane Center (NHC) giving the system a five-day formation rating of 70% in its tropical weather forecast for Tuesday at 2 p.m. EDT. The system, which is expected to move west-northwest to northwest at 5-10 mph, has the potential to make landfall in Mexico as early as Sunday, May 29. The first name on the list of eastern Pacific storms is Agatha.

The system has the potential to cross Mexico and enter the Bay of Campeche in the southern Gulf of Mexico early next week when it could become the first named storm of the year in the US. Atlantic. The first name on the Atlantic storm list is Alex.

If it crosses the Gulf of Mexico, the system will likely be embedded by the middle of the week in a larger area of ​​low pressure over Central America called the “Central American Gyre” (CAG). The counter-clockwise trending flow of the Central America Gyre may push the system back over Mexico, posing no threat to the US Gulf Coast.

Central American gyres alone can spawn a tropical cyclone, although it usually takes several days for this to occur; For example, Category 5 Hurricane Michael in October 2018 originated from a long-lasting CAG. Recent runs of the GFS model have predicted that the current CAG may be capable of generating a tropical depression in the western Caribbean by the end of next week. However, this model did not perform well in its predictions for a similar event to occur last week, and the GFS model predictions should be viewed with skepticism until European and/or UKMET models make a judgment. similar forecast.

See also: How to make an evacuation plan

Glass Packaging Market | Know that the region has the highest