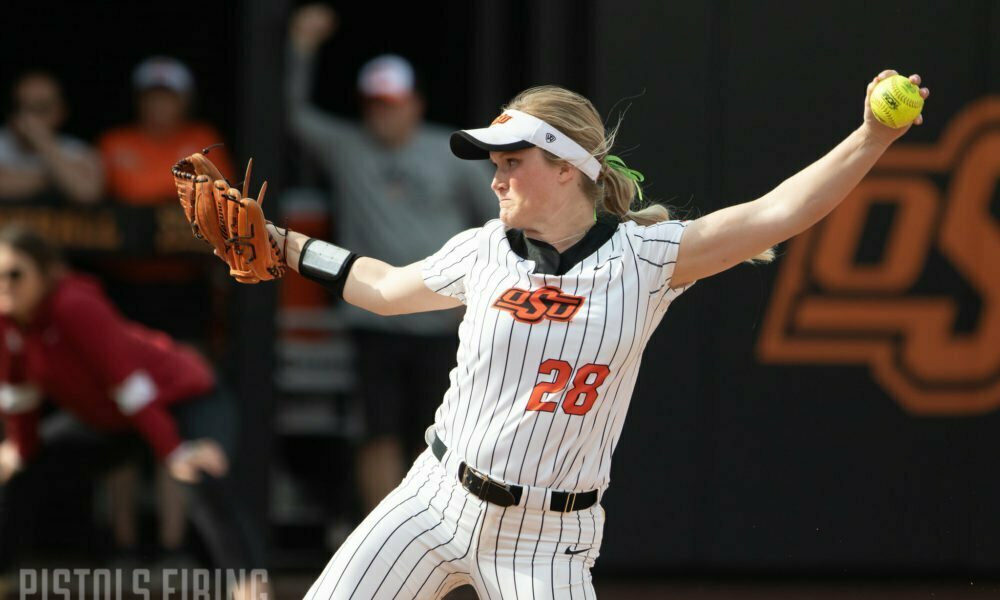 The Cowgirls started slow but finished strong, a bit of a weekend microcosm.

No. 6 Oklahoma State used a seven-run sixth inning to pull away from the Cyclones 11-1, enacting the Mercy Rule.

Sydney Pennington recorded her 245th consecutive start and now holds the record for most career starts by a Cowgirl. His ground RBI sent Julia Cottrill to home plate and put the Cowgirls on the board at the top of the second. Iowa State would score its only point late in the second. Then the OSU offense exploded for nine runs in the fifth and sixth innings.

The Cowgirls dominated those innings, but the run streak started with help from the home team.

In the fifth, Miranda Elish hit a Cyclone throwing error that saw Brianna Evans score. Then Kiley Naomi scored an unearned run later in the inning.

In the sixth, Katelynn Carwile was credited with two RBIs when she reached a defenseman’s pick, then advanced to second on a pitching error. Naomi and Evans crossed the set again. Carwile would score on crazy ground in the same inning. Seven of the Cowgirls’ 11 runs were unearned.

“I thought our girls were carrying them all day,” OSU head coach Kenny Gajewski said. “Obviously you just have to put the ball in hard play. Made them play games. They struggled with that and that’s the kind of team we should be.

A day after recording her first loss of the season, Kelly Maxwell was locked up. She went 13-1 in the circle, striking out 13, allowing four hits but only one run and walking a batter. It makes his ninth double-digit K performance of the season and his 10th full game.

“I thought Kelly was very good with a day off or no rest, and she was bouncing and throwing the ball very, very well,” Gajewski said.

The win — OSU’s 10th this season under run rule — pushes the Cowgirls to 31-7 on the season and 8-1 in conference play. Then the Cowgirls will be back home for the first time since March 30, their last win in good standing, for a three-game series against Kansas. The first pitch is at 6 p.m. on Thursday.