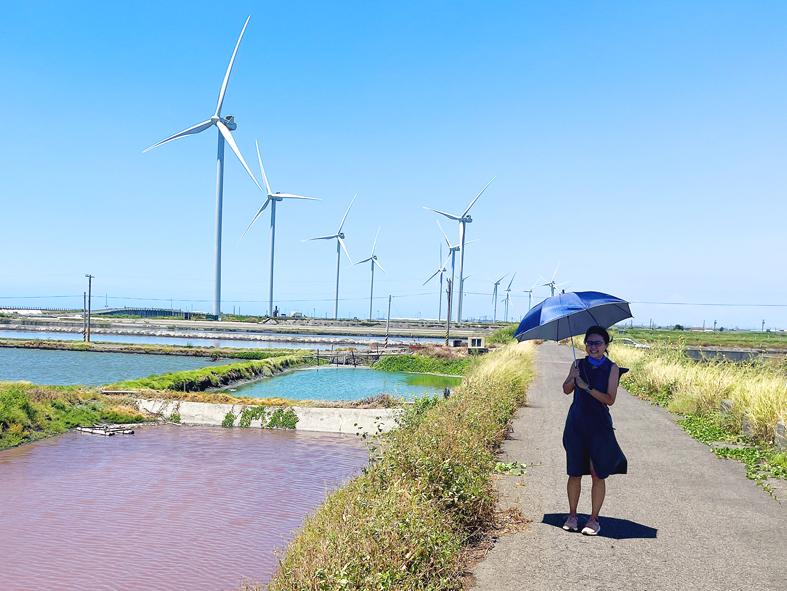 FIND THE BLEND:
As electricity consumption increases due to increased manufacturing, integrating renewable sources into the grid remains a challenge, according to the report.

The Ministry of Economic Affairs said on Friday it expects the country to get 15.1% of its electricity from renewable sources by 2025, below the 20% target set by the president. Tsai Ing-wen (蔡英文) in 2016.

The Taiwan Energy Statistics Year Book report, released by the Energy Bureau on Friday, said the share of renewables in the country’s electricity mix had risen to 6% by the end of last year and is expected to reach 8%. % by the end of this year.

After taking office in 2016 – when renewables made up 4.1% of Taiwan’s electricity mix – Tsai outlined plans to get 20% of the country’s electricity from renewables by 2025, including 50% from natural gas and 30% from coal.

The plan was part of a campaign promise to eliminate the country’s three remaining nuclear power plants, which supplied about 9.6% of Taiwan’s electricity last year.

The report attributes the target deficit to increased demand for electricity.

Last year, electricity consumption increased by 4.5% compared to the previous year, driven by increased production in the manufacturing sector after the global economy rebounded from the COVID pandemic -19, according to the report.

At the same time, integrating renewable energy sources into the grid in a way that allows them to operate at full capacity remains a challenge, with grid connections for renewable sources not expected to be completed before the end of 2025, did he declare.

The government now hopes to achieve Tsai’s 20% target by October 2026, he added.

Using power generation from offshore wind farms, solar projects and biofuel energy, the government aims to increase the share of renewable energy to 21% in 2027 and 23% in 2028, according to the report.

At the end of last year, the country’s total solar installation reached just 7.7 gigawatts (GW), missing the government’s target of 8.75 GW, according to data from the energy office.

It was the third year in a row that Taiwan failed to meet its solar installation target.

To meet the government’s 2025 target of 20 GW of solar installations, it needs to add 3 GW of capacity annually from this year.

However, the country’s newly added capacity was 680 megawatts in the first five months of the year, reaching just 22.7% of the year’s target, with a cumulative installation of 8.38 GW well below government expectations.

The bureau said it had launched several measures to encourage solar installation, including on June 28 announcing it would maintain its solar feed-in tariffs for the second half, citing rising installation costs.

It has also started requiring the installation of solar systems on the roofs of appropriate buildings, whether they are newly built, extended or rebuilt, he added.

Comments will be moderated. Keep comments relevant to the article. Remarks containing abusive and obscene language, personal attacks of any kind or promotion will be removed and the user banned. The final decision will be at the discretion of the Taipei Times.