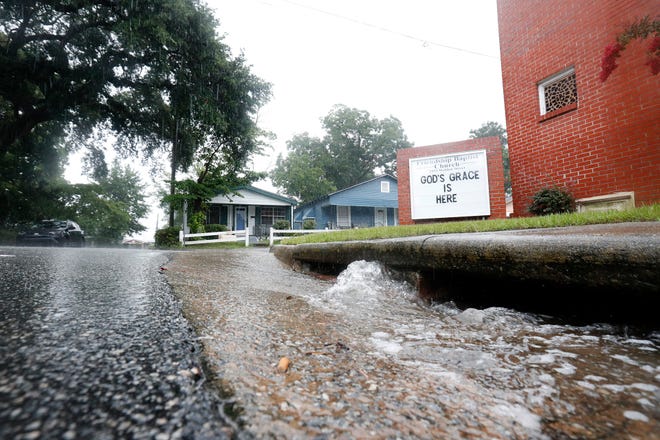 Hurricane season is off to a slow start in Savannah, but storm season is in full swing.

Savannah saw the most August rainfall since 1995, according to National Weather Service data. The 8.31 inches of rainfall far exceeded the norm of 5.46 inches. Additionally, some parts of Savannah received significantly more rain than others – the 8.31 inches was measured at Savannah-Hilton Head International Airport. The Hunter Army Airfield gauge measured 14 inches of rain.

The forecast for Labor Day weekend calls for several more inches of rain.

CEMA Director:Prepare for an active end to the 2022 hurricane season

Recent wet weather is a constant reminder that the Southeast is in the early stages of the 2022 hurricane season. Yet for the first time in a quarter-century, August passed without a named storm in Atlantic.

On Thursday, however, a tropical depression strengthened and became Tropical Storm Danielle. The system is not expected to threaten the United States and is heading north in the mid-Atlantic.

Local hurricane expert Chuck Watson, a hazard researcher who publishes a go-to blog at blogenkiops.wordpress.com, credits a pool of persistent dry air over the mid-Atlantic with limited activity so far. now this year. He warns drier air can mean stronger storms, pointing to 1992’s Hurricane Andrew, the rare Category 5 hurricane to hit the United States.

“This is especially important as we enter peak hurricane season – the next Ida or Sandy could still be waiting,” Chiswell said.