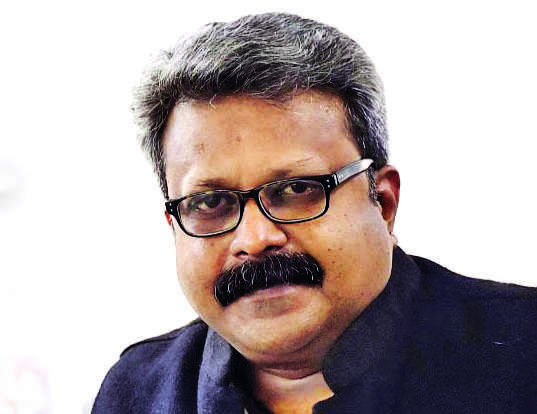 Former Isro scientist and Chandrayaan-1 project director Mylswamy Annadurai told a gathering of space scientists and entrepreneurs at IIT Madras on Saturday that work would soon begin on the second spaceport. Indian in Kulasekharapatnam in southern Tamil Nadu. It would be the third launchpad, the first two being at Sriharikota spaceport in southern Andhra Pradesh. While wishing good luck for the project, here is a little history of lost opportunities and new promises.

The Sriharikota Space Center, named after former Isro chairman Satish Dhawan, was not the first choice when Vikram Sarabhai set out in search of a launch pad. The Thumba Equatorial Rocket Launch Station (TERLS), which he set up in Trivandrum in the 1960s, was only suitable for launching small sounding rockets, and Sarabhai, his eyes fixed on satellite launches, has sent a team led by Senior Scientist R. M. Vasagam to find an ideal location to set up a spaceport. It had to be on the east coast as launching along the rotation of the earth offered a cost advantage and by having the launch pad on the east coast the rocket could fly over the Bay of Bengal avoiding flying over inhabited land . The team identified a few locations including one near Nagapattinam in Tamil Nadu and Sriharikota in Andhra Pradesh.

Sarabhai and his team were due to meet the Chief Minister of Tamil Nadu CN Annadurai. Suffering from shoulder pain, Annadurai was unable to attend the meeting; he delegated a minister. Isro seniors remember how the minister arrived late and made impossible demands. “Before the meeting ended,” former Isro scientist S Nambinarayanan told me, “Sarabhai had made up his mind.” It was then that Andhra Pradesh offered 26,000 acres of land to Sriharikota. Despite the disadvantage of the region prone to cyclones in October-November, Sriharikota was finalized as India’s spaceport in 1969.

In the 1980s, after Isro set up its propulsion complex at Mahendragiri to perform static rocket engine testing, a team led by Nambinarayanan suggested a second space center, outside Sriharikota, at a place called Irukkanthurai, not too far from the place now identified as Kulasekharam. It was, as the crow flies, only 15 km from the center of Mahendragiri, which made it easy to control launches from the propulsion complex. Opposition from residents of the fishing hamlets forced Isro to suspend the project. Later it turned out that an illicit liquor lobby had mobilized the fishermen against the proposed launch. If the government had convinced the fishermen to move to another location near the shore, India would have had a second spaceport at least 30 years ago.

Kulasekharapatnam spaceport is set to be used to launch Isro’s newest rocket, the Small Satellite Launch Vehicle (SSLV). So why a second space center and a third launch pad? There are at least three advantages. First, launching a polar satellite from the southern tip saves Isro up to 30% fuel, meaning it can carry a heavier payload. When launching a satellite to the South Pole from Sriharikota, the rocket is first navigated east and then south in what scientists call a ‘dog’s leg maneuver’ to avoid flying over the landmass Sri Lankan. This fuel-intensive exercise can be avoided if the rocket is launched from southern Tamil Nadu, as it can then head into polar orbit on a straight path. Second, having two spaceports in different locations is strategically important because a hitch in one location wouldn’t disrupt launch schedules much. Third, another spaceport would mean direct jobs for a few thousand people and indirect jobs for tens of thousands more.

With cost-effective technologies and strategically positioned spaceports, India is emerging as a sought-after commercial satellite launch hub globally. Until June 2022, Isro has carried out 200 space missions, including the launch of 342 foreign satellites. Let the next countdown begin.

The opinions expressed above are those of the author.

September 2022 is the 5th hottest on record on Earth: tropical cyclones have devastated the whole world – NOAA