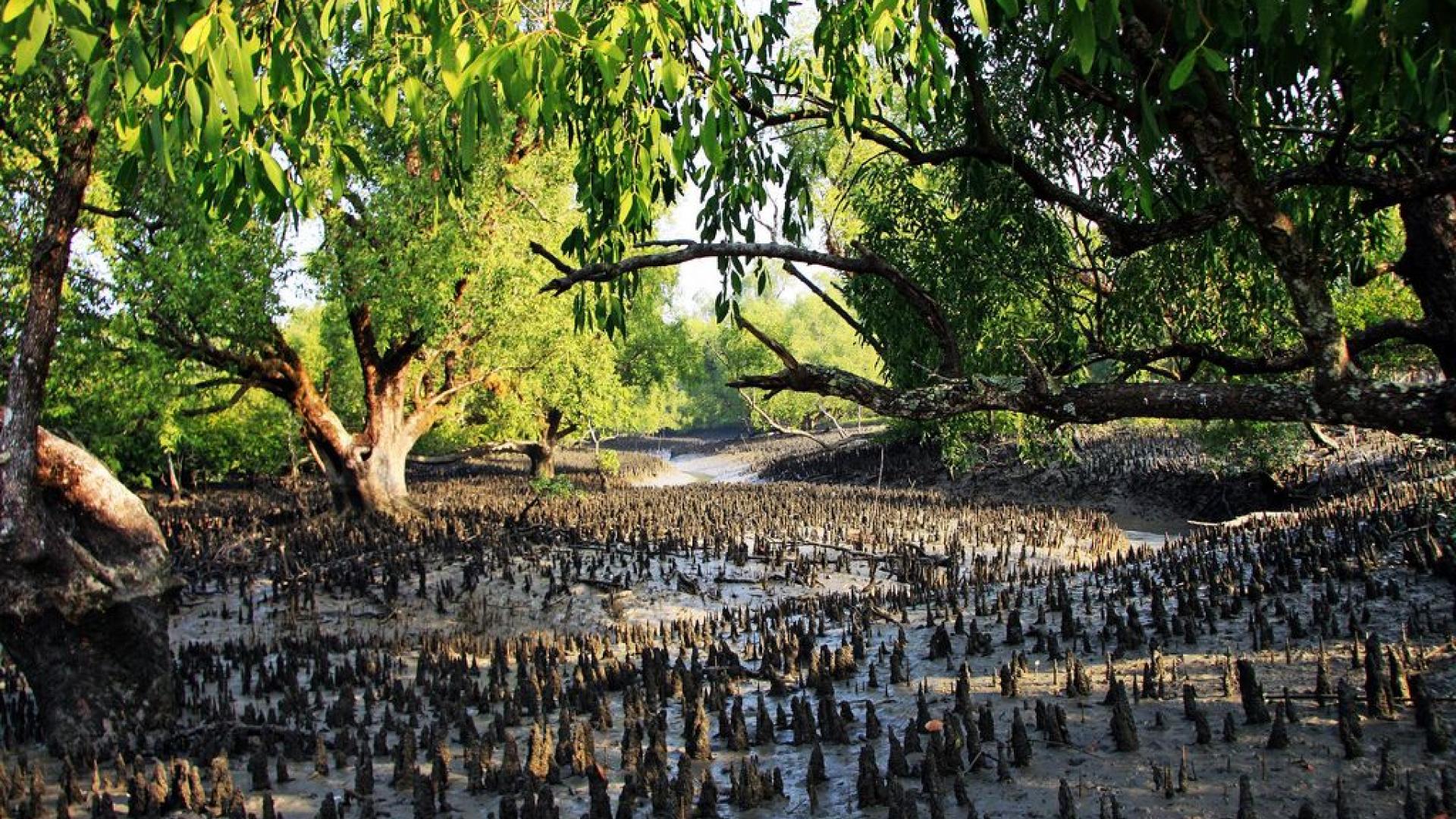 The Story of a Fearless Environmental Warrior: Citizen Activism for Biodiversity Conservation in the Sundarbans

“The first time I went on a Eruptive Mela (a religious festival) while boating in the Sundarbans, I saw the cruelty of the indiscriminate slaughter of deer in the deep forest. It broke my heart when I saw that some of the deer killed were pregnant. I published an article about it in the local newspaper Dainik Purbachal, which got a lot of attention, which led the Forestry Department to impose restrictions on Rash Mela’s travel inside the region of Sundarbans.

Md. Noor Alam Sheikh, locally known as “Pashur River Waterkeeper” and Bangladesh Poribesh Andolon (BAPA) official of Bagerhat district, Khulna, recalled how a newspaper article turned his passion for environmental activism into a career. Since then he has been involved in major environmental activism with BAPA to protect the biodiversity of the Sundarbans – a transboundary mangrove forest and UNESCO World Heritage Site.

Biodiversity in the Sundarbans:

Sundarbans, the largest mangrove forest in the country

Bangladesh is one of the biodiverse countries in the world and has five major types of ecosystems – coastal and marine ecosystems, inland freshwater ecosystems, terrestrial forest ecosystems, hilly ecosystems and man-made farm ecosystems . The Sundarbans are recognized as the most diverse ecosystem in Bangladesh, yet experience the highest rate of ecosystem loss. One after another, cyclones have left the forest deeply devastated while salinity inflicts great damage on the forest environment. Having been declared a World Heritage Site, the Sundarbans remains under multiple threats as the forest area is shrinking day by day due to increase in human settlements and commercial establishments, cyclone onslaught, increase salinity and the plundering of its resources.

Pollution from tourism has increased exponentially as the Sundarbans have become a very popular site for environmentally conscious holidaymakers. When Noor Alam was recounting the story of man-made destruction, he mentioned that noise pollution and light pollution from cargo ships crossing the Sundarbans rivers daily disrupted the animals’ routines and scared them into hiding. Oil spills and bilge water discharge also contaminate the water of the Pashur River on which marine life depends for its survival. Alam is actively organizing protests and awareness raising activities to address these issues.

He also talked about the shrimp industry using giant nets that are dragged by hand or by boat resulting in a huge amount of bycatch caught and left for dead. Bycatch is an example of resource exploitation that contributes to biodiversity loss. The local community is also forced to extract more resources than ever to meet the growing demand for Sundarban products, such as prawns and honey.

Illegal poaching of the famous Royal Bengal Tiger that inhabits the Sundarbans has already reduced the tiger population to alarming levels. Noor Alam said it had been a long time since tiger footprints were last seen in the Sundarbans.

“With the continuation of such activities, the Sundarbans will lose their unique and magnificent richness in biodiversity before humans have time to catch up,” Alam said.

So how do we conserve the biodiversity of the Sundarbans?

The Sundarbans not only act as a shield against natural disasters such as cyclones, but are also home to rich biodiversity and a source of income for the local community. It is therefore essential to safeguard this unique forest.

Some solutions that arose during the discussion with Noor Alam were the following:

Through the prism of sustainable development:

Mr. Alam highlighted the need to promote nature-based solutions as a way to conserve biodiversity in the Sundarbans, which is very much in line with UNDP’s vision for nature which places nature at the heart of understanding the environment. development. Only nature-based human development, with a systematic approach to nature-based solutions, can harness the potential for large-scale transformative change needed to achieve the SDGs.

It also comes with bold changes in policies and practices that are needed to tackle the direct drivers of biodiversity loss and ecosystem degradation. This includes drivers of habitat degradation and loss, such as fragmentation of natural areas, overuse of natural resources, illegal wildlife extraction and trade, pollution, land tenure and land rights inequitable and invasive non-native species.

As Bangladesh’s economy grows, industrialization and energy consumption increase, and urbanization expands, reducing resource exploitation in the Sundarbans is crucial. And in addition to promoting nature-based solutions and alternative livelihoods, it requires community members like Mr. Alam to actively engage in nature conservation.

West Weather: An increase in pre-monsoon humidity that will bring scattered thunderstorms

What factors could lead to a tropical cyclone risk in the northern hemisphere this season?