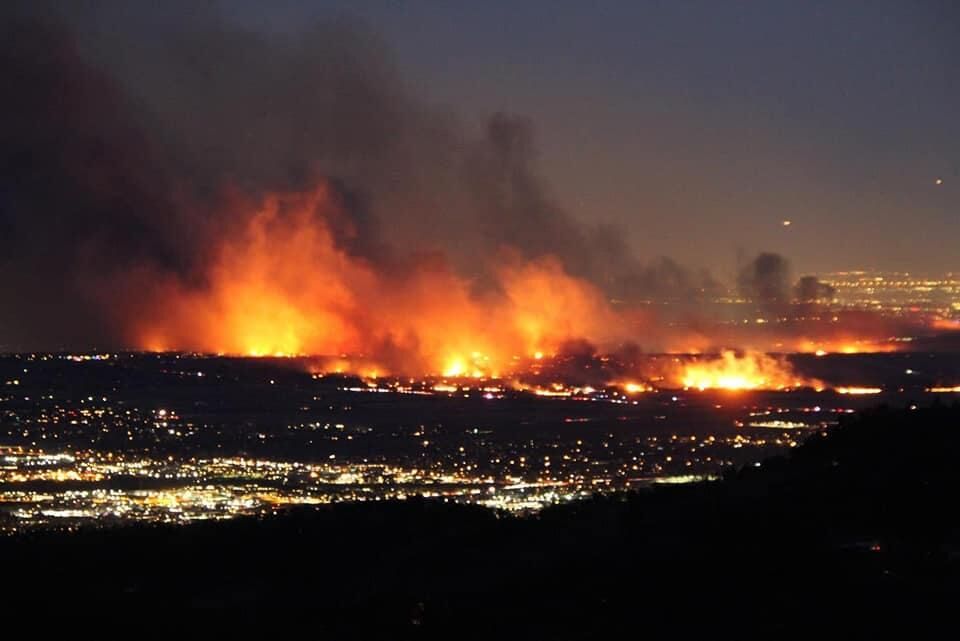 This article is republished by Yellow Scene Magazine from the author’s blog: Poplitix, by Ann Tinkham

I also have survivor’s guilt. The guilt of still having a home. Guilt at being surrounded by my precious possessions accumulated over six decades of life. Guilt that because of the direction of the wind, other people’s houses were destroyed while mine was spared. I was just a mile from the pre-evacuation zone.

But I’m not fooled. I know that if the wind had shifted to the north, my house might have been in the path of the raging inferno. I could have fled for my life in a thick cloud of smoke, flames spreading all around me, stuck in a line of traffic with panicked drivers driving away from hell, glancing at my 20 year old house for the last time.

Last year, as the summer days grew shorter and narrower into the fall, I thought with a tremendous sense of relief that we had survived without a massive wildfire near Boulder. Sure, we looked shoddy from the hundreds of fires that burned across the West, but at least we came out of it nearly unscathed.

Little did we know that in six months, hurricane-force winds would ignite, act as flamethrowers, and set two cities ablaze in the most destructive wildfire in state history. In winter. Thanks to climate change, the threat of fire is now present all year round. And it’s not just in the foothills and mountains. He arrived in your city. He arrived in my city. It’s not a question of if but when.

As I quickly thought about what I would pack if we had to evacuate, I realized my list was short – irreplaceable things like family heirlooms and art. But I also realized that what is irreplaceable is a house that you have built from dreams and hard work. Of course, this is only a structure. And of course, permanence is an illusion. But home is where you rest your head and heal your heart. It is your temple, your refuge. This is where you learn, where you create and where you love. It is the base from which you soar in your life. When she is taken away from you in an instant, reduced to ashes, you lose your bearings and forget who you are.

Ask Dorothy, who thought she lost hers in a cyclone. There is no place like home.