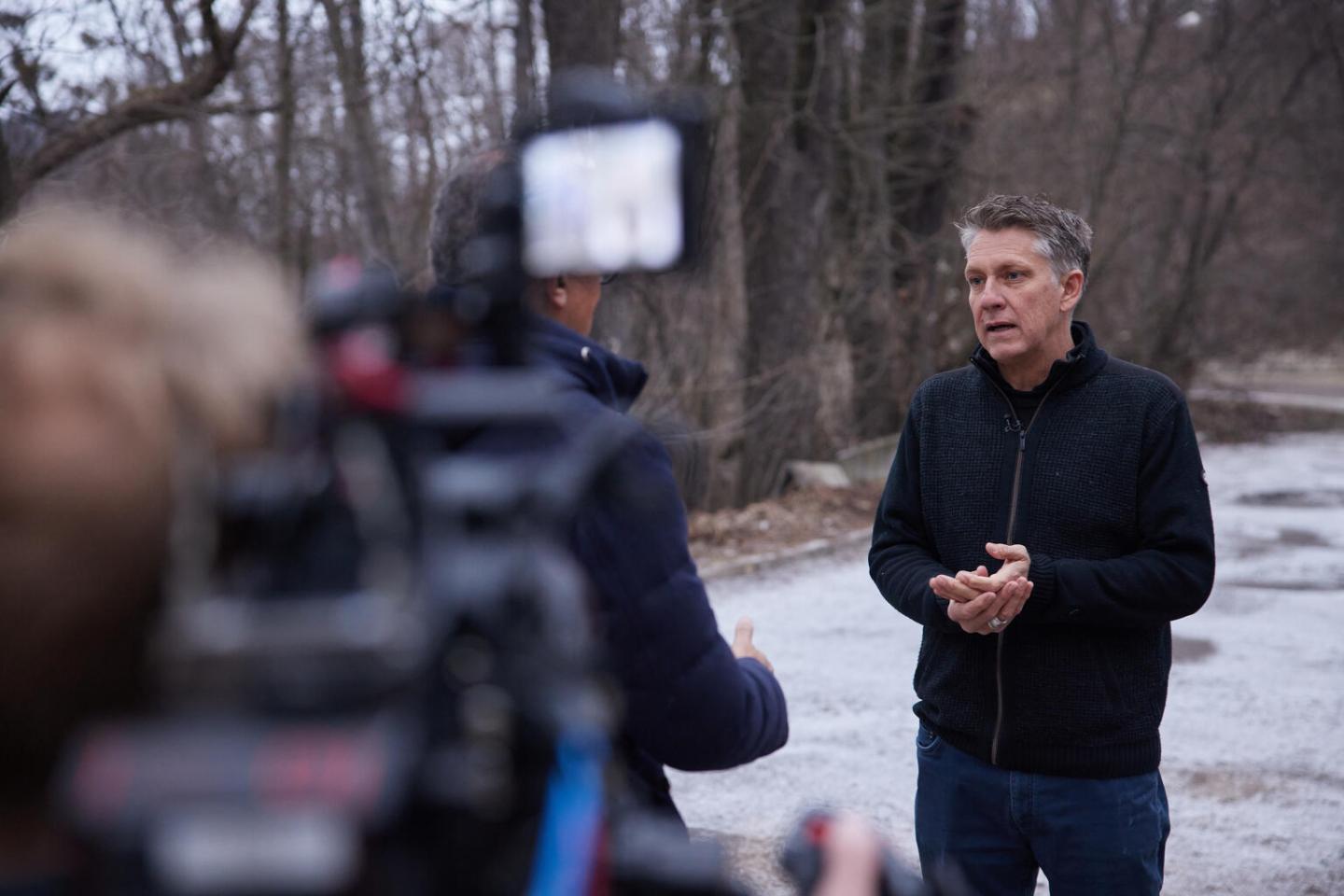 Trying to make sense of a senseless war

The Dnipro Hub was created just a month ago by Elias, the emergency chief in the east who was deployed from UNICEF headquarters; Mariia, Ukrainian child protection specialist; and Yevegeny, a water officer; with the support of the Lviv team. Prioritizing some of the hardest hit areas and led by Elias and Mariia, the work of this dynamic duo has impacted over one million people. Elias brings his experience and know-how to some of the toughest places in the world, while Mariia has unrivaled local knowledge and partnerships. Together, the pair assess needs, identify locations, truck supplies, and deliver.

I haven’t seen them do anything other than work yet, yet I know they are also thinking of their families. Mariia’s mother and father are trapped on the front lines of this war. Yet Mariia and Elias continue to act as a tireless, passionate and strategic rescue force for the children of the East. With key support from drivers Yuri and Sacha – who also handle supply and security – Dnipro’s hub access strategy means they reach the children with the most severe needs.

This carries its own risks. A week ago, a massive missile strike occurred less than a kilometer from where Mariia, Elias and Yuri were providing medical aid. The strike killed at least 50 people, including two children.

It was yet another grim reminder that as long as the war continues, as long as indiscriminate attacks on places that should be safe – residential areas and hospitals – continue, more lives will be destroyed. And why?

I am often asked how the war in Ukraine compares to other crises in which I have worked. How it compares to Yemen. Ethiopia. Somalia. Libya. I hate to compare, because everyone brings their own terror for children, their own boundless grief. Worryingly, in today’s world, warfare has changed. The fighting has shifted more to the cities, so children in these conflict-affected countries are suddenly and constantly on the front lines.

I was in Yemen late last year when the country hit another shameful milestone: 10,000 children killed or maimed since fighting began seven years ago. That’s the equivalent of four children a day. I saw the faces of the parents at that funeral. They are haunting. There’s probably another one today. So, I cannot compare: they are all atrocities. They are all children. And these are all crises where UNICEF is working to keep children alive and build something back amid the bombs.

One day after meeting Ira for the first time, I returned to the maternity ward. It’s a better day: Little Viktoria – “victory” in Ukrainian – has just broken the kilo mark. “I’m hopeful,” Ira said. “Our people trust each other so much. But I am a mother now, so my thoughts are constantly with those mothers whose children were killed in this war.

Another air raid siren. Again at the hospital bunker. It is cold. Pregnant moms and those with newborn babies sit with blankets on them. Upstairs is a modern hospital. Down here, an operating table sits on the dirt floor in dim light. I sit next to Anna. She too is expecting twins. She too fled under fire. She too will give birth prematurely. Only.

In easy English, Anna describes the life she left behind. She’s a cool 20-something about to start a family. Anna was a travel agent in Kyiv. She went to countries all over the world. But she has no intention of leaving Ukraine during this war. “I love my country,” she told me. “It is my dream that my children grow up here.”

These are words I have heard dozens of times since the start of this war. Especially through the tears of mothers. There are times when I break down. I spent a morning talking to a 15-year-old boy, Andriy, who finally managed to escape the bombardment of his town, Chernihiv. Deprived of water and food, Andriy’s only constant was shelling. Along with her mother and other members of the community, they found a moment and rushed into a car. A landmine was waiting. With a broken right leg, broken left heel and skull injuries, Andriy lay crushed under the car and watched his mother die.

That evening, I returned to my apartment, dazed. I couldn’t make sense of the many dark conversations in my head. I collapsed on a street corner, exasperated, sad, angry. An old lady, probably in her 80s, was squatting next to me. She put her gloved hand on my shoulder. It was hot. She thought I was Ukrainian. But of course I have a home, safe from war, to return to when I leave here. My mind whispered, “Toughen up James. Back to work.

James Elder is the spokesperson for UNICEF. follow him @1james_elder