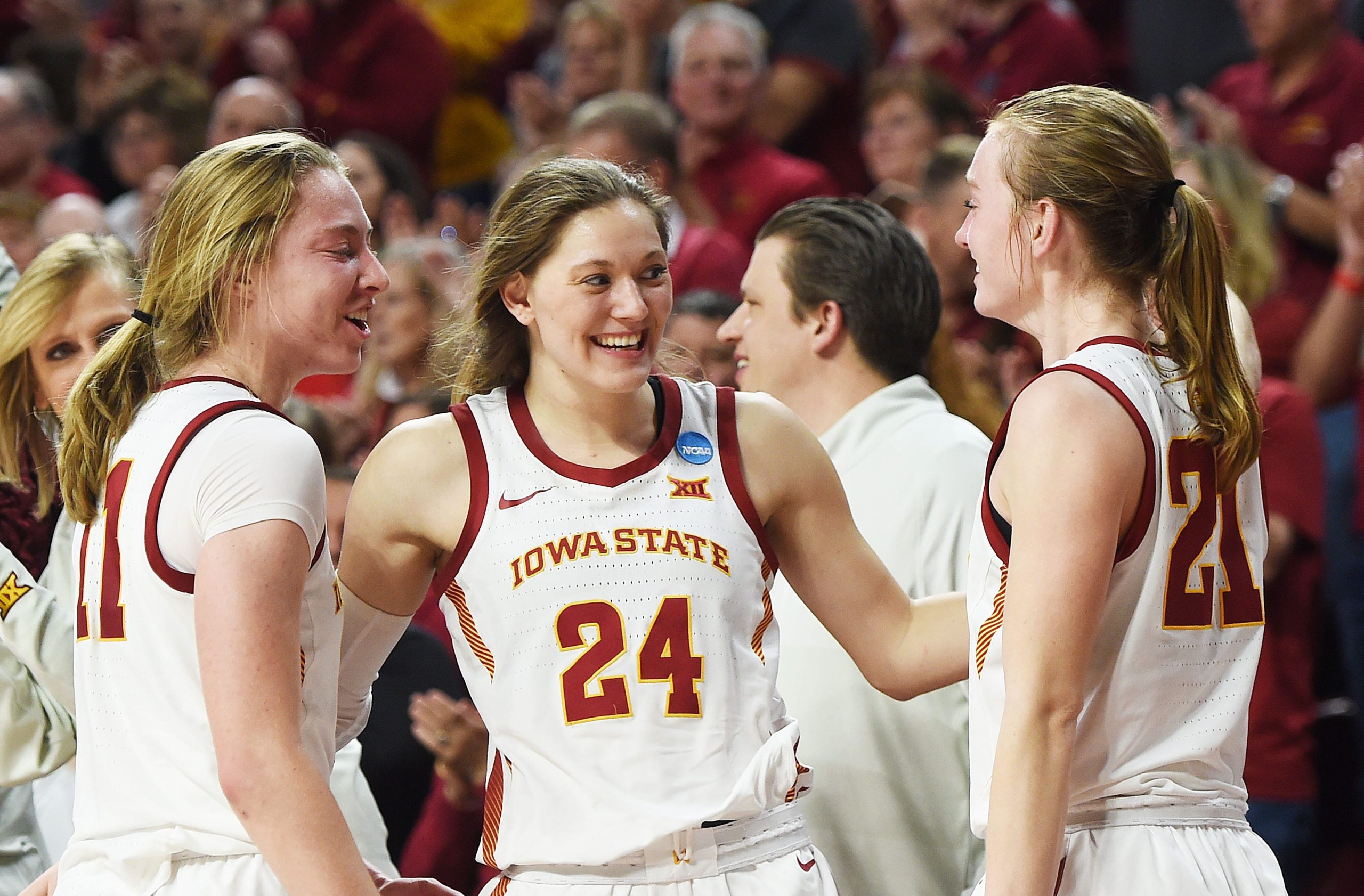 The following is a press release from Iowa State Athletics Communications:

AMES, Iowa – Iowa State Senior Women’s Basketball Ashley Johns and junior Emily Ryan are both considered among the best in the country as they were both named to the 2023 Jersey Mike Naismith Trophy Women’s Watch List, announced Friday morning.

A senior from Iowa City, Joens continues to add to her long preseason accolades, having already been named to the Associate Press Preseason All-America team, the 2022-23 Big 12 Preseason Player of the Year, a pick unanimous for the All-Big 12 Preseason Team, the No. 4 player in the nation by ESPNW and on the Cheryl Miller Award Watch List, for which she is the reigning two-time winner.

Joens is Iowa State’s all-time leading scorer, starting the season with 2,369 career points. Last season, she was named a second team All-American by the Associated Press and the USBWA, in addition to being named to the WBCA All-America team.

Ryan was also named to the pre-season All-Big 12 team and was also named to the Nancy Lieberman Award watch list. The Claflin, Kansas native was a first-team All-Big 12 winner last year and broke the ISU single-season assist record with 249 dimes. That run included setting a new ISU single-game assists record with 17 at TCU. She also dished out 16 against West Virginia and 15 against Prairie View A&M, being the only player in the nation last year with multiple 15-assist games. Offensively, Ryan averaged 13.1 points per game, including 54.1 percent shooting from 3-point range in the Big 12 game.

The duo help lead the Cyclones into one of the program’s most anticipated seasons in school history, with Iowa State ranking 8th in the Associated Press preseason poll and being picked by league coaches in first place in the Big 12 preseason poll.

Iowa State kicks off the regular season Monday at 11 a.m. against Cleveland State at the Hilton Coliseum. Season and single-game tickets are on sale through the Iowa State Athletics box office, here.