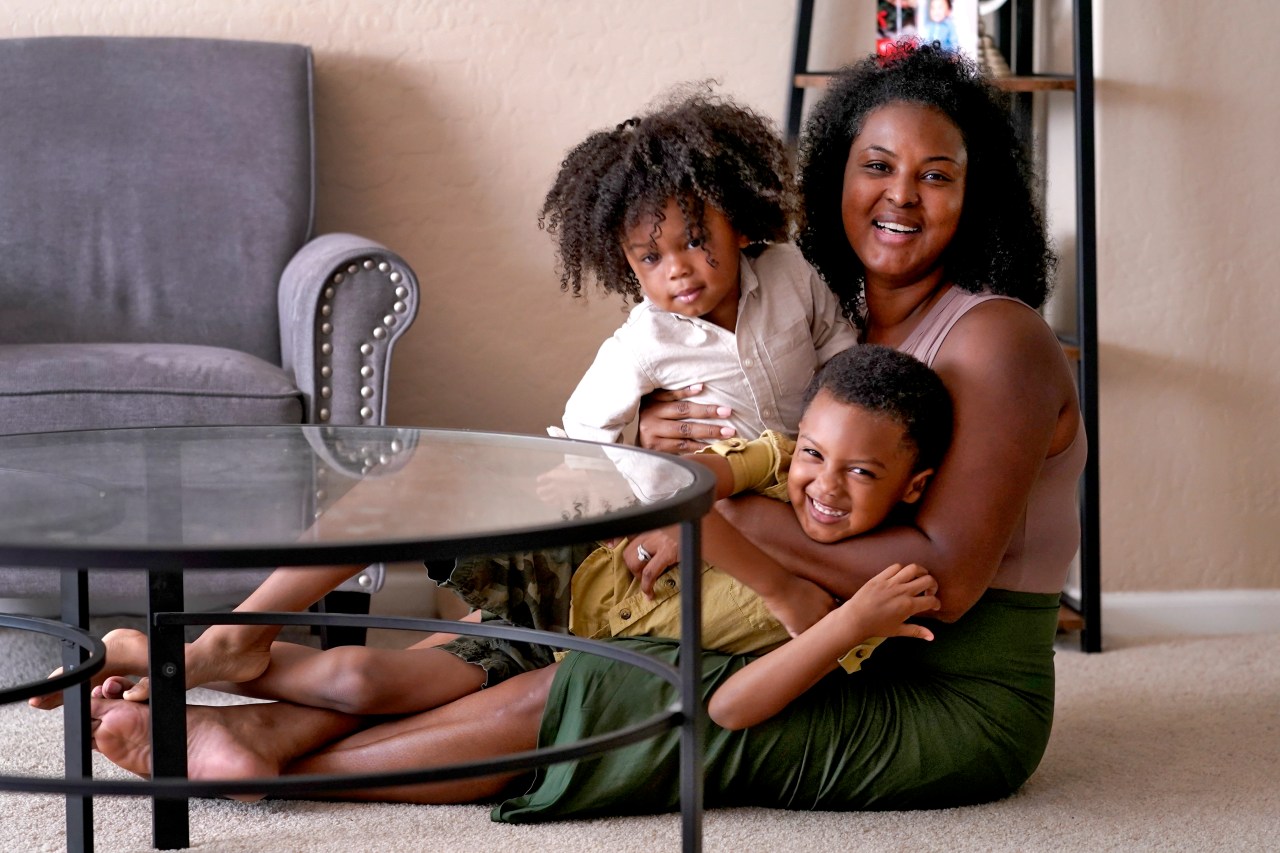 PHOENIX (AP) – Kisha Gulley was previously kicked out of a Facebook group for mothers of children with autism after a controversial debate she viewed as racial. Time and time again, she clashed with the white-dominated groups she had sought for support as a new mom.

So Gulley, who is Afro Latina, started her own parenting blog and social media accounts. It is now a source of income for her.

The multibillion dollar world of sleep training guides, activity ideas for toddlers, breastfeeding tips, and all things parenting has always been predominantly white. The covers of parenting books feature mostly white faces. The influencers called moms that brands choose to advertise their products were, until recently, also predominantly white.

This has left a hole for women of color – especially new moms – who struggle to find culturally relevant parenting advice and products.

More and more, they are taking matters into their own hands.

“If I can’t find it, that’s when we have to start creating it ourselves. I knew I couldn’t be the only person with these questions, ”said Gulley, who lives in Phoenix.

When she learned that her oldest son had autism, Gulley dove deep into research, seeking any resources that could help her family. And while there was a lot of information, there were small but important questions that many experts couldn’t answer.

How, for example, could she comb through her son’s thick hair without triggering his sensory issues? What’s a good sunscreen to use on dark skin that doesn’t leave white residue?

It was a frustrating time for her that culminated in the Facebook group when she felt that several white women were dismissive and rude towards a black mother who had asked for advice on how to talk to her family about her autism diagnosis. her child. Women have failed to understand that in some communities of color, older generations may fear autism and tend to think of problems as boiling down to behavior and discipline. Gulley defended the mother and was kicked out of the group.

She developed her own social media presence shortly thereafter and is now living off it, earning more than she has in her 15 years as a flight attendant, she said. declared.

For Stacey Ferguson, the need for diverse parenting voices has been a priority for many years. She struggled to find forums and online communities that resonated with her experiences as a black mother.

Ferguson, a lawyer by training who now owns a business, founded Blogalicious, an organization and annual conference that has helped women of color monetize and grow their blogs 12 years ago.

The first Blogalicious conference attracted 177 people; by the time Ferguson decided to close them in 2017, 500 people attended each year.

“There was really like that feeling of magic in the room. And what really surprised us was that a lot of brands were really interested in coming to meet our community, ”said Ferguson.

Over the years, blogger moms have become Instagram influencers. Carefully selected images accompany the posts with tips on how to put a baby to sleep or teach him to feed. Often, influencers advertise products that they think could be of use to moms.

The trend was started primarily by white women and the brands that sought them out. Ferguson says the landscape is much more diverse now, and brands are more intentional about reaching a wide range of parents.

But a problem persists. Marketing budgets are much smaller for multicultural targets than for general advertising, Ferguson said. Traditionally, white women have been paid to market to the general public. This means that a white mother could make a lot more money marketing to an audience of all ethnicities and races than a woman who specifically markets, say, Latin mothers.

“It’s still that archaic way of looking at marketing,” Ferguson said. “Brands and agencies that understand (the need to diversify) are making progress. The problem is, there are still so many behind it.

There is no consensus on how much brands and businesses spend on advertising or sponsorship through mom influencers, but several marketing experts have said it runs into billions each year.

The brands are just catching up with the Latin American and black markets, said Larry Chiagouris, professor of marketing at the Lubin School of Business at Pace University.

Chiagouris said the world of parenting influencers has been dominated by white women because they were in the majority in the past, but that he’s seeing more Latin American, black and Asian women joining the sphere.

“It’s like a chicken and egg situation. Marketers want to spend money on Latino influencers, but you have to find them. There aren’t as many as you might think, ”Chiagouris said.

After becoming a mom, 33-year-old Hernandez Lewis wanted to find a space where Latinas and other mums of color felt empowered. When she returned to work after her first child, she struggled to adjust and wanted to find a way to spend more time at home while earning an income. She now has three cubs.

Hernandez Lewis won $ 25 from his first sponsored article. Now she earns between $ 700 and $ 3,000 per position, while working full time.

His recent Instagram posts feature advertisements for a range of Spanish-language books reposted by Disney Books; for a popular brand of baby wipes; and for Poise, which makes sanitary napkins that postpartum women can use.

For Hernandez Lewis, it’s important that women of color have an online community and are represented, but it’s just as crucial that they reap the rewards of their purchasing power.

“We deserve to be represented on the business side. There are brands that haven’t been as inclusive as I had hoped, but a lot of brands are evolving and becoming more inclusive, ”said Hernandez Lewis.

Galván covers issues affecting Latinos in the United States for the AP’s Race and Ethnicity team. Follow her on Twitter: https://www.twitter.com/astridgalvan

Rates drop for most loans